Joas Wagemakers is an assistant professor of Islamic and Arabic Studies at Utrecht University, the Netherlands. His research focuses on Salafism and Islamism in the Middle East, particularly in Jordan, Saudi Arabia and the Palestinian territories, on which he has published extensively. Wagemakers’ books include A Quietist Jihadi: The Ideology and Influence of Abu Muhammad al-Maqdisi (Cambridge: Cambridge University Press, 2012); Salafism: Utopian Ideals in a Stubborn Practice (Almere: Parthenon, 2014; co-authored with Martijn de Koning and Carmen Becker (in Dutch)); Salafism in Jordan: Political Islam in a Quietist Community (Cambridge: Cambridge University Press, 2016). Wagemakers also blogs at Jihadica.com and co-edits ZemZem, a Dutch-language journal on the Middle East, North Africa and Islam. 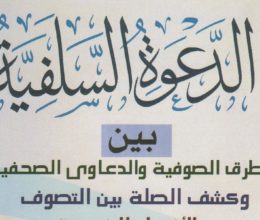 Anti-Shi‘ism without the Shi‘a: Salafi Sectarianism in Jordan

Animosity between Sunnis and Shi‘a is sometimes perceived as dating back centuries in such a way that both branches of Islam are almost destined to be at loggerheads with one another. Although it would be…