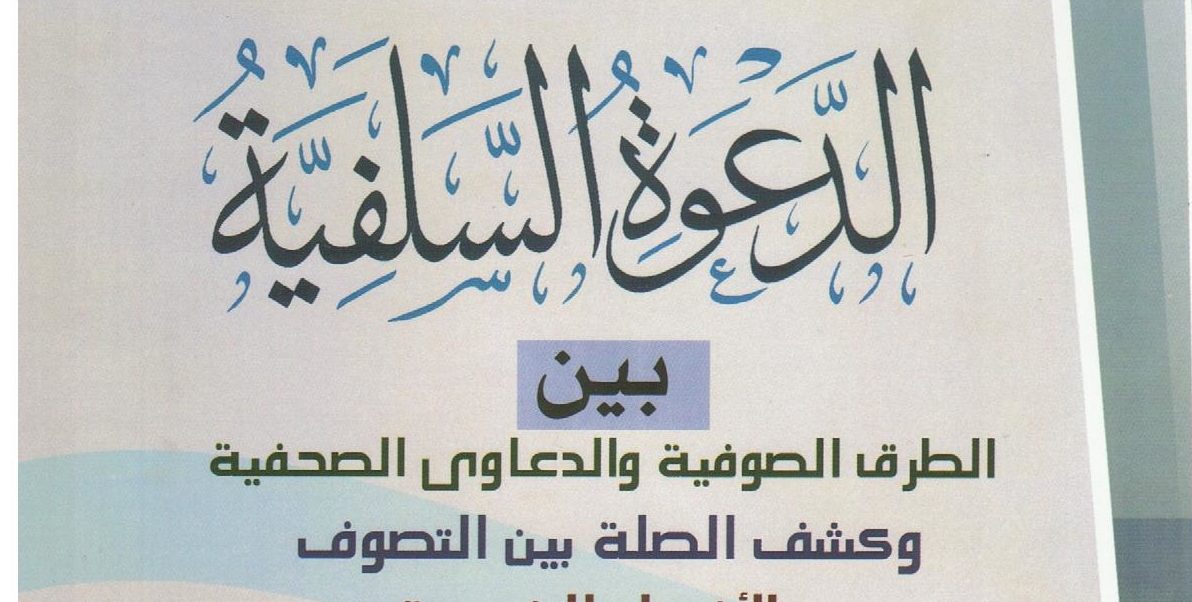 Editor's  note: Over the next few weeks Maydan will publish articles presented at the Sectarianism, Identity and Conflict in Islamic Contexts: Historical and Contemporary Perspectives conference held at George Mason University in April 2016. We hope this series will help the broader public to develop a healthier engagement with the concept of sectarianism, an often misunderstood phenomenon.

Animosity between Sunnis and Shi‘a is sometimes perceived as dating back centuries in such a way that both branches of Islam are almost destined to be at loggerheads with one another. Although it would be incorrect to deny the existence of tensions and conflicts between some Sunnis and some Shi‘a, these intra-Muslim relations are often shaped and stimulated by political factors. One Middle Eastern country in which this can be observed is Jordan. This may sound strange since Jordan is a kingdom whose population is overwhelmingly Sunni, which means that intra-Muslim sectarian tensions within the country are quite unlikely. This is different, however, for Jordan’s Salafi community, whose claim to emulate “the pious predecessors” (al-salaf al-salih; usually equated with the first three generations of Muslims) as strictly and in as many spheres of life as possible causes them to emphasise “purity” of beliefs and rituals. This leads Salafis to define themselves mostly by pointing out who they are not and what groups they disavow. The group most prominently disavowed by Salafis among all sects within Islam is probably Shi‘ism.

“This article shows that Jordanian Salafis can actually be anti-Shi‘i without ever encountering Shi‘a and that this phenomenon is not just influenced by history and ideology, but also by politics and self-preservation.”

In what follows, I will first deal with the general views of Shi‘a that Jordanian quietist Salafis (i.e., those Salafis who refuse to engage in political activism) express in their writings. Then I will show how anti-Shi‘a sentiments came to be seen as politically useful by the Jordanian regime and how this is related to the generally ecumenical approach that particularly King ‘Abdallah II (r. 1999-) has followed. Finally, I will show how today’s quietist Salafis in Jordan have a vested interest to remain on the side of the regime and that speaking out against real or perceived Shi‘i enemies of the state is one way of expressing loyalty to the king and the country. As such, this article shows that Jordanian Salafis can actually be anti-Shi‘i without ever encountering Shi‘a and that this phenomenon is not just influenced by history and ideology, but also by politics and self-preservation.

Despite the absence of Shi‘a in Jordan, the country’s quietist Salafi community has quite clear ideas on why Shi‘ism is a dangerous branch of Islam. Their views on Shi‘a are informed by conspiratorial references to allegedly historical events, their own Salafi ideology and their assessment of political relations in the region. With regard to history, the supposedly conspiratorial tendencies of the Shi‘a are traced to the very beginning of Islam, when a Jew called ‘Abdallah b. Saba’ supposedly founded Shi‘ism to bring down Islam from within. Shi‘ism is not just seen as a Jewish plot, however, because another alleged adherent to this branch of Islam, Ibn al-‘Alqami, is accused of helping the Mongol invaders conquer Baghdad in the thirteenth century and thereby aiding the downfall of the Abbasid Empire.[1]

Besides seeing them as plotters against Islam and the interests of Muslims, Salafis attach great value to what they view as ideological differences between Sunnis and Shi‘a. Shi‘a are, for example, accused of rejecting – and sometimes cursing and speaking ill of – some of the companions of the Prophet Muhammad that Salafis see as their “pious predecessors.” This applies especially to the first three caliphs (Abu Bakr, ‘Umar and ‘Uthman) because they are said to have usurped power from ‘Ali b. Abi Talib, who – Shi‘a believe – had been designated by Muhammad to succeed him. As Haykel has shown, other ideological differences between Salafis and Shi‘a include the veneration of ‘Ali by adherents to Shi‘ism, temporary marriages (mut‘a) and self-flagellation during the ritual commemoration of the martyrdom of al-Husayn in 680.

Historical and ideological claims against Shi‘a are often mixed with ones rooted in contemporary regional politics.

Historical and ideological claims against Shi‘a are often mixed with ones rooted in contemporary regional politics. Issues such as the tensions between Salafi-Wahhabi Saudi Arabia and Shi‘i Iran, the latter’s support for the ‘Alawi regime in Syria and the Lebanese Shi‘i Hizballah group and the Islamic Republic’s active meddling in Iraq are often seen as modern-day signs of Shi‘i treacherousness.  These acts are accordingly portrayed as contemporary equivalents of earlier acts of Shi‘i betrayal toward Sunnis. Such claims against the Shi‘a are not limited to Jordanian quietist Salafis, however. For example, Saudi quietists can often be heard saying similar things and, as Steinberg’s work makes clear,  Jihadi-Salafi arguments against Shi‘a are not very different.

Anti-Shi‘i views among Salafis in Jordan are related to the one of the most prominent shaykhs of Salafi movement worldwide, Muhammad Nasir al-Din al-Albani (1914-1999), who was born in Albania, raised in Syria and moved to Jordan later in life. Once in the Jordanian kingdom, al-Albani’s great knowledge of hadiths and his strong adherence to Salafi beliefs quickly made him the Salafi movement’s undisputed leader. The popularity of this foreign scholar among increasing numbers of pious Muslims also caught the attention of the authorities, however, and al-Albani’s ability to attract large groups of people came to be seen as a potential threat. This led to his expulsion from the country in the late 1970s or early 1980s.[2]

When the war between Iran and Iraq broke out in 1980 and the aftermath of the Islamic Revolution in Iran in 1979 raised concerns throughout the region – particularly in conservative Sunni kingdoms such as Jordan – over the perceived threat of Shi‘ism, the fate of al-Albani began to turn. Another important Jordanian quietist Salafi preacher named Muhammad Ibrahim Shaqra was actively preaching an anti-Shi‘i message in the kingdom in the 1980s, which attracted positive attention from the regime. Shaqra told King Hussein (r. 1953-1999) that Salafis were quite anti-Shi‘i and that the regime could have made use of Salafi discourse on this topic in its open rejection of Iran’s policies and ambitions. Shaqra thereby not only managed to convince the king that quietist Salafism was an ally in this fight, but also persuaded him to allow al-Albani to come back to the kingdom.[3]

The Jordanian Regime’s Views on Shi‘ism and Salafi Interests

King Hussein’s apparent scepticism of Shiism seems to square with the attitude of Jordan’s current king, ‘Abdallah II, who has clearly expressed his concern about Shi‘i forces like Iran, Syria, and Hizballah dominating the Middle East and has even – controversially – labelled such a coalition a Shi‘i “crescent.” At the same time, however, the Jordanian regime has put great effort in explicitly promoting a type of Islam that is not only “moderate,” but also tolerant and inclusive. While this has been mostly in response to radical Muslim groups such as al-Qa‘ida, Jordan has also promoted the idea of interreligious dialogue through initiatives such as “A Common Word” (2007), a Muslim effort to reach out to Christians, and the ecumenical “Amman Message” (2004), which explicitly acknowledges Shi‘a as fellow-Muslims. These seemingly contradictory views on Shi‘ism by the Jordanian regime can therefore perhaps best be summed up as tolerant on a religious and doctrinal level, but wary on a political level.

It is precisely the scepticism of Jordanian regime toward organized and – especially – politicized Shi‘ism in the regional context of the Middle East that offers the Kingdom’s quietist Salafis an opening to cooperate with the regime. As I have pointed out elsewhere, the quietist Salafi leadership in Jordan has grown increasingly close with the regime, including with regard to denouncing and discrediting real or perceived threats to Jordan, like al-Qa‘ida, the Islamic State (IS), and the Shi‘a. This is done not merely for ideological reasons and the identification of common “enemies” such as Iran, but also out of self-preservation. The latter has to do with the fact that quietist Salafis are often associated – especially in the media discourse – with Salafism as a whole, including with its violent and radical Jihadi-Salafi branch. This equation between different branches of the same movement is an endless source of frustration to quietists, who not only see such broad comparisons as wrong, but also as potentially dangerous because it lumps them in the same category as “extremists” and terrorists. It is partly for this reason that strong ties with the Jordanian regime not only “provide” quietist Salafis’ “moderate” credentials, but also shield them from a crackdown by the authorities. As such, denouncing “extremists” (be they IS or the Shi‘a) has become a way for quietist Salafi scholars to tie themselves to the Jordanian regime as an ally with a common agenda.

Allying oneself with the Jordanian regime for reasons of self-preservation and using anti-Shi‘i rhetoric to achieve this is taken a step further by ‘Ali al-Halabi (b. 1960), the Kingdom’s leading quietist Salafi scholar. In a book dedicated entirely to this topic, al-Halabi disputes the idea that the Kingdom’s Sufi community – which has long been a-political and subservient to the regime – has been a safe and reliable ally of the state, especially in the latter’s fight against “extremism.” In fact, al-Halabi claims, Sufism is part of the problem since it is ideologically and historically related to Shi‘ism and Iran and therefore poses a danger to Jordan.

“By explicitly linking Sufis with Shi‘a in this respect, al-Halabi is, in other words, trying to secure a safe place for quietist Salafis as the natural allies of the regime…”

By explicitly linking Sufis with Shi‘a in this respect, al-Halabi is, in other words, trying to secure a safe place for quietist Salafis as the natural allies of the regime in its fight against “extremism” – instead of the supposedly dangerous Sufis – and is using the perceived threat presented by the Shi‘a to make his point.

Quietist Salafis in Jordan – like Salafis elsewhere – have long been anti-Shi‘i for historical, ideological, and political reasons and their rhetoric against Shi‘ism is often a mix of all three elements. Despite the Jordanian regime’s ecumenical approach toward Muslims of various kinds (including Shi‘a), this type of rhetoric is appreciated by the Kingdom’s leaders because of their fear of Shi‘i political actors such as Iran, Syria and Hizballah. This shared agenda – in combination with a number of other factors – has allowed quietist Salafi scholars to ally themselves with the regime and even present themselves as the state’s most reliable partners in fighting “extremism” – of either the Shi‘i or the al-Qa‘ida-type. In an era in which Salafism as a whole is often equated with radicalism and terrorism, quietist Salafis in Jordan are keen to stress their loyalty to the regime and see their good ties with the state as a means of shielding themselves from charges of “extremism.” As such, anti-Shi‘i rhetoric by quietist Salafi scholars in Jordan is one of a number of ways to ensure that their movement endures. Seen from this point of view, anti-Shi‘a rhetoric by quietist Salafis in Jordan is partly expressed out of self-preservation, making it quite obvious for them to engage in anti-Shi‘ism, even without the Shi‘a.