Zachary Markwith is the Deputy Director at Islamic Networks Group and has taught at Santa Clara University and the University of California, Santa Cruz. He received his PhD in Islamic Studies from the Graduate Theological Union, and has authored a book and articles on Islam, Sufism, and religious pluralism. 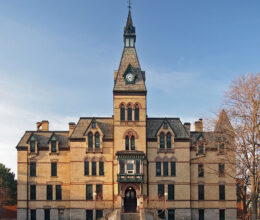 Displaying the Diversity of Muslims: Perspectives on a Controversy Over an Image of the Prophet