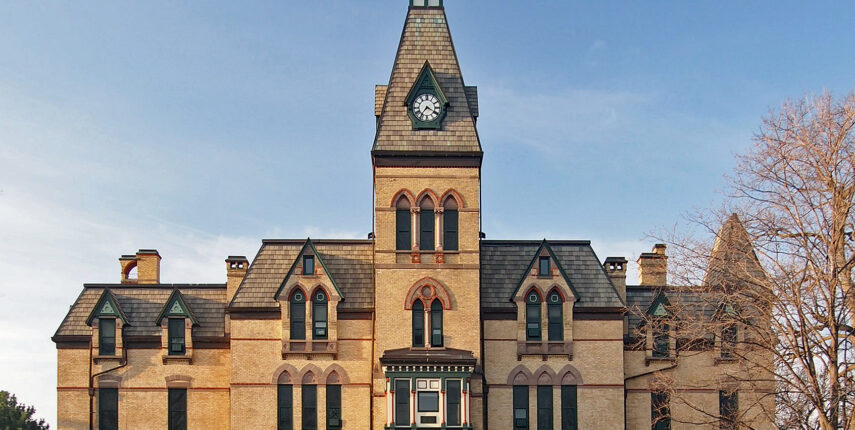 A recent controversy at a small Midwestern university over the display of an Islamic painting depicting the Prophet Muhammad exposed deep disagreements within the Muslim American community on the permissibility or impermissibility of images of the Prophet, as well as on issues of free speech, Islamophobia, and respect for cultural diversity. The facts of the case are simple.[1] Dr. Erika López Prater, an adjunct professor at Hamline University, a small United Methodist-affiliated school in St. Paul, Minnesota, included the 14th-century painting, a Persian miniature produced for a Muslim ruler, in her class on global art. Aware of the sensitivity of some Muslims concerning images of the Prophet Muhammad, she gave advance notice to the class that the painting was going to be displayed and asked students with concerns to contact her. She also offered to excuse students from the class who did not wish to view the image. No one contacted her or asked to be excused.

Following the class session in which the painting was shown, however, a student in the class who is also the president of the Muslim Student Association on campus lodged a complaint with the university administration, saying that her religion and culture had been disrespected; other Muslim students who were not in the class also registered complaints.[2]

The administration responded by not renewing López Prater’s teaching contract and cancelling a spring semester class she had originally been scheduled to teach. A university official emailed all university employees to state that the instructor’s actions were “undeniably inconsiderate, disrespectful and Islamophobic.”[3] In response to public pressure and a lawsuit, university administrators have revised their response and issued a statement on January 17th which states that their “usage of the term ‘Islamophobic’ was flawed” and that “It was never our intent to suggest that academic freedom is of lower concern or value than our students.”[4]

The incident and the university’s initial response ignited a nationwide controversy, not least among Muslim Americans. The students who pressed the complaint insisted that they and their faith had been disrespected. On the other hand, the Muslim Public Affairs Council (MPAC) issued a statement strongly supporting the professor and criticizing the university’s action against her.[5] Several prominent Muslim American scholars also weighed in on the debate. Dr. Omid Safi, professor of Asian and Middle Eastern studies at Duke University, regularly shows images of Muhammad in his classes, without offering the opt-out choice given by López Prater. “That’s the part I want my students to grapple with,” he says. “How does something that comes from the very middle of the tradition end up being received later on as something marginal or forbidden?”[6] He himself was careful to take an image of Muhammad when he fled Iran; it is now hanging on his office wall.

Other Muslim and non-Muslim scholars point out that a blanket prohibition on images of Muhammad is relatively recent, being a feature of Wahhabism, the conservative version of Islam dominant in Saudi Arabia.[7] Historian Dr. Amna Khalid found Hamline’s actions in this case to be offensive, saying that the university “flattened the rich history and diversity of Islamic thought” and “privileged a most extreme and conservative Muslim point of view.”[8]

The diversity of Muslim responses to this incident prompted the organization we represent, Islamic Networks Group (ING), to see in it a “teachable moment” concerning Muslim diversity and other questions raised by this controversy, including issues such as freedom of speech, academic freedom, and the nature and definition of Islamophobia.

The diversity of Muslim responses to this incident prompted the organization we represent, Islamic Networks Group (ING), to see in it a “teachable moment” concerning Muslim diversity and other questions raised by this controversy, including issues such as freedom of speech, academic freedom, and the nature and definition of Islamophobia. ING prepared a lesson plan describing the incident and the varied Muslim responses to it and offering a number of discussion questions on various related themes, including the diversity of Muslim viewpoints on images of the Prophet Muhammad and their relationships to views on religious images in other faith traditions, Islamophobia, and freedom of speech.

Unlike the various articles written on the incident, ING did not take a position on the issues raised by this affair. Rather, we hoped that this incident was an opportunity to highlight Muslim diversity and counter the common perception of Muslims as monolithic. We also wanted the lesson to serve as a springboard for students to use their critical thinking skills and engage in robust and authentic discussions about these issues. We hope that this lesson will be the first of future lesson plans which help connect students to current events and issues. ING has long provided curricula to educators on a host of topics relating to Muslims and their faith as well as commonalities between Muslims and adherents of other faiths, and on countering bigotry against marginalized groups.

ING was founded three decades ago to address the growing misconceptions about Islam and Muslims in the media and general public that increased as a result of political events and issues during and after the first Gulf War. Our work began with a focus on schools, through the Islamic Speakers Bureau (ISB) program to supplement existing education about Islamic history and Muslim culture that is taught in middle and high schools in the context of social studies and world history. The ISB utilizes interactive presentations provided free of charge by trained speakers to middle and high school classes. From the inception of the program these presentations have been received enthusiastically by teachers and students alike as they provide a human face and an authentic resource on a topic that was often unfamiliar, misrepresented, or confined to academic knowledge.

ING also offers online curricula, available free of charge to educators, on various topics related to Muslims and Islam, including a general overview of Muslims and their faith, a history of Muslims in America, Muslim contributions to civilization, and Muslim women. Each curriculum includes digital presentations and scripts, lesson plans, content and discussion questions, and links to relevant videos. ING also offers multifaith curricula and a series of lesson plans on countering individual and systemic racism. Additionally, ING has developed answers to over a hundred of the most frequently asked questions about Islam and Muslims, which are available to both educators and the general public.

Through both in-person presentations and online curricula these programs aim at dispelling stereotypes of Muslims that are prevalent in the US. Among these stereotypes is the common perception that Muslims are monolithic in thought and practice. Particularly in the wake of the 9/11 attacks, this view of Muslims as monolithic has been a major driver of Islamophobia, portraying Muslims generally as perpetrators or at least supporters of terrorism, a perception that has led to discrimination, harassment, and hate crimes against Muslim Americans and those perceived as Muslims, such as Sikhs and Christian Arabs.

ING therefore found in the controversy at Hamline University a challenge and an opportunity to highlight the diversity of Muslim viewpoints on several critical issues. Most prominent of these is the question of the permissibility of images of the Prophet Muhammad. Some Muslims, like the students who brought the complaint against Dr. López Prater, hold that their understanding of Islam strictly forbids any visual representation of the Prophet. Other Muslims, such as the academics cited above, believe that images of the Prophet are acceptable in academic and other contexts. And it is clear that the fourteenth-century Muslim painter and his patron must have considered the visual depiction of the Prophet to be not only permissible but indeed an act of piety. The lesson plan with its discussion questions encourages students to explore these different perspectives among Muslims, making it clear that they are far from monolithic.

The lesson plan also addresses the issue of Islamophobia, how it is defined and who has the authority to declare that a particular action or viewpoint is Islamophobic.

The lesson plan also addresses the issue of Islamophobia, how it is defined and who has the authority to declare that a particular action or viewpoint is Islamophobic. Students are invited, for instance, to discuss both the professor’s intentions and whether or not they see the professor’s actions as Islamophobic. They are also asked to consider the Muslim students’ feelings and sense of hurt and the interrelationship between Islamophobia and other bigotries, including anti-Black racism.

ING believes that this incident, however unfortunate in itself, does offer a “teachable moment” to address crucial questions related to Muslims in general and Muslim Americans in particular, including Muslim diversity (refuting a common stereotype of Muslims as monolithic), the nature and definition of Islamophobia, the relationship of Islamophobia to other forms of racism, and the possible tension between sensitivity to a minority religion and culture on one hand and freedom of speech and academic freedom on the other. We hope this lesson plan is a catalyst to fruitful conversations about these issues.

Zachary Markwith is the Deputy Director at Islamic Networks Group and has taught at Santa Clara University and the University of California, Santa Cruz. He received his PhD in Islamic Studies from the Graduate Theological Union, and has authored a book and articles on Islam, Sufism, and religious pluralism.

[1] Vimal Patel, “A Lecturer Showed a Painting of the Prophet Muhammad. She Lost Her Job,” The New York Times, January 8, 2023, https://www.nytimes.com/2023/01/08/us/hamline-university-islam-prophet-muhammad.html.

[6] “A Lecturer Showed a Painting of the Prophet Muhammad. She Lost Her Job.”

[8] Amna Khalid, “Most of All, I am Offended as a Muslim,” The Chronicle of Higher Education, December 29, 2022, https://www.chronicle.com/article/most-of-all-i-am-offended-as-a-muslim. See also, Kenan Malik, “An art treasure long cherished by Muslims is deemed offensive. But to whom?,” The Guardian, January 8, 2023, https://www.theguardian.com/commentisfree/2023/jan/08/an-art-treasure-long-cherished-by-muslims-is-deemed-offensive-but-to-whom .

[9] Ibid. And as discussed above, the university was compelled to change its stance. “After Lecturer Sues, Hamline University Walks Back Its ‘Islamophobic’ Comments.”