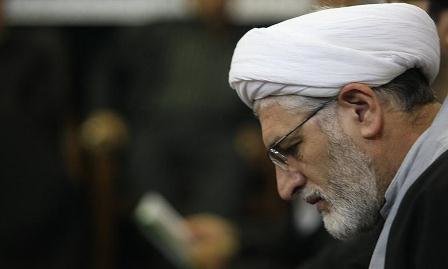 Dr. Davood Feirahi, Iranian professor of political science and reform-minded Muslim clergyman, died on November 11, 2020 at age 56 due to a coronavirus infection. He was a leading figure in Islamic political thought, writing several books on Shi’ite and, to an extent, Sunni studies of politics. He was a modernist thinker who tried to work out the requirements of modern politics from within the Islamic tradition, and particularly in light of Islamic jurisprudence (fiqh).

He studied at both traditional as well as modern institutions, achieving a high level of education at Qom Shi’ite Seminary and receiving a PhD from Tehran University, where he later became one of its prominent professors. Feirahi was loyal to his educational background at the seminary up until the very end, but ventured on a long-term attempt to extract modern conceptions, such as human rights and freedoms, legitimacy and representation, from within the tradition. His intellectual endeavor, however, gained neither the support of the seminaries, where traditionalists disregarded such attempts as diverging from the long-established way of learning and radical revolutionaries regarded them as leaning towards Western modernity, nor that of secular intellectual circles that considered his project another version of political Islam and consequently destructive or, at best, futile. They found Islam stern, no longer capable of producing vigorous political ideas. Nevertheless, the rigor of Feirahi’s thought and the methodical precision of his work ensured he had the respect of all camps. Feirahi moreover had his own audience, who were not content with simple answers provided by Orientalists and reiterated by their native followers in the Muslim world or by traditionalists and hardliners who saw an inherent antagonism between Islam and modernity.

“His intellectual endeavor, however, gained neither the support of the seminaries, where traditionalists disregarded such attempts as diverging from the long-established way of learning and radical revolutionaries regarded them as leaning towards Western modernity, nor that of secular intellectual circles that considered his project another version of political Islam and consequently destructive or, at best, futile.”

Feirahi followed Islamic reformists of the nineteenth century onward, from Sayyid Jamal to Ali Shari’ati, Ayatollah Mahmood Taleqani and Morteza Motahari. He was fascinated, however, with Ayatollah Mohammad Hossein Na’ini, a high-ranking theologian who supported the Iranian Constitutional Revolution of 1905-1911. Na’ini’s Tanbih al-Ummah wa Tanzih Al-Milla provided an account of modern conceptions of democracy, parliamentarism, rule of law, constitution, freedom, equality and the separation of power, grounded in Shi’ite theology and fiqh, which hitherto purported a type of political quietism. It was on the basis of such an account that Shi’ite clergy played a pivotal role, for the first time in history, in a political uprising. The ideals of the Constitutional revolution were never realized, even after the second Iranian Revolution in 1979, with some secular intellectuals of recent decades blaming the Islamist formulation of Western conceptions for the failure. According to them, as Iranian society at large, and the Constitutionalist clergy, in particular, misconceived modern conceptions, the Revolution was doomed.

Feirahi dedicated much of his time to exploring Na’ini’s writings as well as those of other high-ranking clergymen supporting the Constitutional Revolution, such as Ayatollah Mohammad Kadhim Akhund Khorasani, refuting such claims. There was no miscomprehension; the clergy was well aware of what they were standing for in supporting the Revolution and its democratic implications. Drawing upon those scholars, Feirahi proved that modernity was not of a single version to be imported from the West and used as a package or abandoned completely. It was not the case that Iranian society had to either become a carbon copy of the West or submerge back into despotism. The riches of the tradition could be discovered and extracted to formulize a type of modernity flourishing from within Muslim culture, while not denying its debt to the modern Western culture. 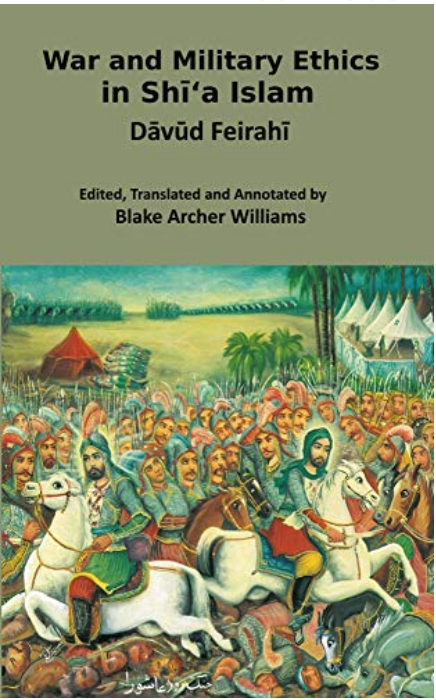 On the other hand, within the reformist camp, many Iranian Muslim intellectuals of the last half century held fiqh in contempt, as they found it too rigid to be open to modern life. They preferred to adhere to other branches of Islamic thought such as ethics or philosophy, when reconstructing Islamic political thought. Pre-Revolutionary thinkers such as Mohammad Nakhshab, Ali Shariati and, to some extent, Mahdi Bazargan as well as post-Revolutionary ones such as Abdolkarim Soroush, Mohammad Mojtahed Shabestari and Mostafa Malekian thought that traditional fiqh had long since become stagnant, and that its practitioners, that is, the clergy, could never come to terms with modern rationality.

On the contrary, Feirahi believed that fiqh has a far larger capacity for flexibility than conventionally thought. Inspired by the Moroccan Mohammed Abed al-Jabri, he considered it the most important part of the Islamic system of knowledge, and hence, indispensable. For him, fiqh, as Islamic jurisprudence, could be the basis for modern law to rule Muslim society. Like other vibrant legal traditions, it could be expanded, articulated and adjusted to grapple with what Muslims needed in the modern era. It could account for constitutional rules and civic rights. Then, such rules, rights and freedoms could be guaranteed by the clergy and the religious community, as was the case with the Constitutional Revolution. Feirahi advocated for modernizing fiqh. He believed that limiting Islam to the rules of ethics and disregarding the Shari’a would not work with ordinary Muslims, and would end up rendering both sets of rules dysfunctional.

“Feirahi’s most important contribution to Islamic political thought was his exploration of different underlying conceptual metaphors in various accounts of political legitimacy in Islamic thought.”

Feirahi’s most important contribution to Islamic political thought was his exploration of different underlying conceptual metaphors in various accounts of political legitimacy in Islamic thought. According to him, metaphors such as the master and slave relationship, bequest (in which humans inherit the earth from God, according to the Quran), adjudication (in which the state is considered as an adjudicator), property, delegation, guardianship or prayer leadership could be discerned when various authoritarian or contractual political theories were deconstructed. The type of relationship entailed by each of these metaphors determines the relationship between the rulers and the ruled and their respected rights and duties.

Feirahi’s sharpness and deep thought gained him respect by Iranian intellectuals of various backgrounds, all of them now grieving his death, as they expected more writings from him to ponder on, or respond to. His moral character and gentle manner, too, will be remembered by all who knew him, but inspiring thinkers of his type will be rare in the polarized Iran for sometime to come.

The History of the Development of the State in the Muslim World, Tehran: Mofid University Press (2007), reprinted 7 times. (in Persian)

The Concept of Law in Contemporary Iran, Tehran: Nashr-i Ney (2020). (in Persian)

Seyed Mohammad Ali Taghavi is an Associate Professor of Political Science at Ferdowsi University of Mashhad, Iran. He received his BA and MA from Tehran University and his PhD from the University of Hull, the UK. His research interests are: Islamic and Western political thought as well as Middle Eastern studies. His publications include The Flourishing of Islamic Reformism in Iran: Political Islamic Groups in Iran (1941-61), RoutledgeCruzon: London, 2005 and Foundations of Political Thought and Practice in Islam, Tehran: SAMT (The Centre for Researching and Composing University Textbooks in the Humanities), 2013 (in Persian). Dr. Taghavi was a Visiting Scholar with the Ali Vural Ak Center for Global Islamic Studies, George Mason University from September 2016 through May 2017.