In this episode, “Islam on the Edges” travels to a traditional edge of the Muslim and Arab worlds, Morocco. Often overlooked in the study of Islam and Islamic thought, Moroccans see themselves as part of the larger Arab/Islamic world and consciousness. Due to its rich Islamic traditions and the encounter with the European colonizers and thought, the Moroccans have developed a strand of Islamic thought that is both thought-provoking and innovative.

In the first part of this podcast, Islam on the Edges host Dr. Ermin Sinanovic talks with Dr. Mohammed Hashas about the emergence of modern and contemporary Islamic thought in Morocco throughout the twentieth century. Dr. Hashas does so by looking at both the Arab and the Berber/Amazigh Muslim authors, such as al-Mokhtar al-Soussi (d.1963) and his 20-volume encyclopedic work “Al-Ma’sul” المعسول, Allal al-Fassi (d.1974), and Taha Abderrahmane (1944-).

In the second part, Dr. Meriem El Haitami focuses on Muslim feminism in Morocco, by highlighting various schools of feminism: secular feminism which is, nevertheless, inspired by religion, Muslim feminism, and Islamist feminism. Dr. El Haitami talks about the legacy of Fatema Mernissi (d.2015) and Asma Lamrabet (1961-) as well as about female piety in Morocco.

Dr. Mohammed Hashas is currently a Research Fellow affiliate to Leibniz-Zentrum Moderner Orient (ZMO) in Berlin, and is a Faculty Member (adjunct) at the Department of Political Science of Luiss University of Rome, where he teaches Islam in Europe, and from which he holds PhD in Political Theory (2013). Dr. Hashas previously taught also at The American University of Rome (AUR, 2014-2015; 2018-2019). He is the author of The Idea of European Islam: Religion, Ethics, Politics and Perpetual Modernity (Routledge, 2019). Dr. Hashas is currently editing a volume on contemporary Moroccan thought.

Dr. Meriem El Haitami is an Assistant Professor specializing in Gender and Religion at l’Université Internationale de Rabat in Morocco, and the Morocco-based PI for a 4-year multi-institutional project entitled “Gender, Politics and Critique in the MENA: Towards a Critical History of Feminism, 1970s until Today,” funded by the Swiss Programme for International Research. She holds a jointly-supervised PhD in Cultural Studies from Sidi Mohammed Ben Abdellah University in Fes and SUNY Binghamton, NY. Dr. El Haitami’s research explores trends of Islamic feminism in post-2003 Morocco, gender perspectives in preventing and countering violent extremism and the role of women in state religious policy and Islamic scholarship. She has been awarded numerous research fellowships including the American Academy of Religion Award and the Global Religion Research Initiative to pursue research on Morocco’s deradicalization processes, as well as the reshaping of urban subjectivities through the reinvention of Sufism in Morocco.

Islam on the Edges 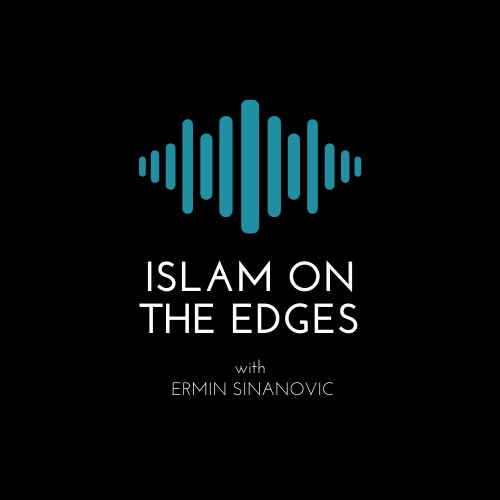 Islam on the Edges with Ermin Sinanović features conversations on global Islam, highlighting themes and experiences from the geographical and other edges of Muslim thought and life. It presents Islam as a truly global religion that is not rooted in one particular region or ethnicity. As such, it spotlights thematic discussions with Muslim scholars and activists from all over the world. As a concept, Islam on the Edges is both poly-centric and non-centric. It invites us to think of multiple centers of Muslim culture and religious experience, each equally important and constitutive of what makes Islam a global presence. In its poly-centric nature, Islam on the Edges imparts a non-centric understanding of the Muslim religion. It asserts that any one center or region is not more important to the understanding of global Islam than another. This podcast looks at Islam on the Edges as history, theology, memory, and culture. Islam on the Edges is a collaborative product of the Center for Islam in the Contemporary World (CICW) at Shenandoah University and The Maydan Podcast. 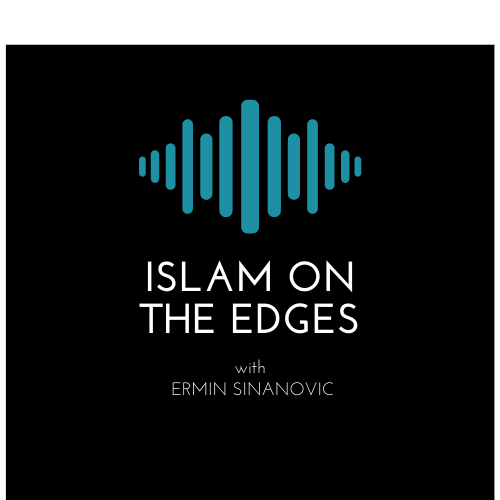 Islam on the Edges EP7- The Islamic Party in North America

Islam on the Edges EP6 – The Securitization of Muslims in Europe

In the just-concluded first round of presidential elections in France, President Macron and a far-right candidate, Marie Le Pen, emerged as the top two contenders and will face each other in a run-off. These...

In this episode, Islam on the Edges host Dr. Ermin Sinanovic talks to Dr. Dženita Karić (Humboldt University, Germany) and Đermana Kurić (a Ph.D. student at the University of Sarajevo) about female Muslim piety in...

In this episode of Islam on the Edges, Dr. Ermin Sinanovic talks to Dr. Hatem Bazian of the UC Berkeley and the Zaytuna College about Islamic Palestine and its place in Muslim theology, culture, history,...

In this episode, Islam on the Edges curator-host Ermin Sinanovic interviews four scholars and activists about Ramadan fasting in their countries and communities. The episode reveals many similarities across the four continents – North America,...