Salim Hmimnat has been a research fellow at the Institute of African Studies (IEA) at Mohammed V University, Rabat, Morocco, since 2012. His current research focuses on two main interrelated areas: the first one deals with the interactions between Islamist movements, religious policies, and political modernization in contemporary Morocco; the second area relates to the states’ preventive and counter-radicalization strategies in North Africa and the Sahel. Salim is the author of “The Religious Policy in Morocco (1984-2002): State Fundamentalism and Challenges of Authoritarian Modernisation” (in Arabic), Afrique Orient, 2018. His latest article “’Spiritual Security’ as a (Meta-)Political Strategy to Compete Over Regional Leadership: Formation of Morocco’s Transnational Religious Policy Towards Africa” was recently published in The Journal of North African Studies. Salim obtained his PhD in political science in 2009 from Mohammed V University, Rabat. 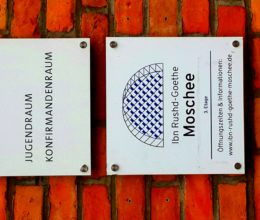 Berlin’s “Liberal Mosque” through the Lens of a Moroccan

As a political scientist with a background in cultural studies, I happened to experience the so-called ‘culture shock’ in a familiar setting for a Muslim – a mosque, yet in different context and conditions. Having been in…