Randa Kayyali is Professorial Lecturer in Anthropology at George Washington University’s Elliott School for International Affairs. She received her doctorate from George Mason University in Cultural Studies in 2013 and has published a book, The Arab Americans(Greenwood Press 2006; Arab Research and Publishing, 2007) in English and Arabic and has written numerous articles and book chapters on both Christian and Muslim Arab Americans. 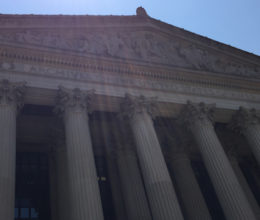 Becoming US Citizens: Muslims and Christians From the Middle East in US Official Records

At the level of naturalization – the process through which an immigrant becomes an American – there was no discrimination against Muslims as a matter of official policy. Jews, Armenians, Christians, and Muslims who were…