Nazita Lajevardi is a lawyer and an Assistant Professor at Michigan State University. Her research lies at the intersection of religion, race and ethnic politics, representation, and discrimination. Broadly, she examines one overarching question: How do marginalized groups fare under western democracies? Her scholarship has been published in venues, such as The Journal of Politics, American Political Science Review, and Political Behavior among others. It has also been featured in the popular media, including The Atlantic, The New York Times, The Washington Post, Vox Magazine, and The Huffington Post. 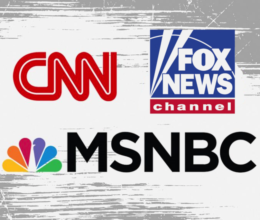 The News Media and Portrayals of Muslims Foreign and Domestic

1- Introduction Hostility towards Muslim Americans is arguably a foregone conclusion. Ample evidence demonstrates that negative attitudes towards U.S. Muslims are pervasive among the mass public (Kalkan, Layman and Uslaner, 2009; Panagopoulos, 2006; Sides and…