Mahan Mirza is a Teaching Professor in the Keough School of Global Affairs and Executive Director of the Ansari Institute for Global Engagement with Religion at the University of Notre Dame. Dr. Mirza previously served as lead faculty in a project to advance scientific and theological literacy in madrasa discourses in Notre Dame's Kroc Institute for International Peace Studies (2016-2019) and Dean of Faculty at Zaytuna College (2013-2016). He holds a B.S. in Mechanical Engineering from UT Austin, M.A. from Hartford Seminary in Islamic Studies and Christian-Muslim Relations, and Ph.D. in Religious Studies from Yale University. He has taught a range of courses in Arabic-Islamic studies, western religions, the history of science, global affairs, and foundational subjects in the liberal arts including logic, rhetoric, ethics, and politics. His doctoral research was on the intellectual world of al-Biruni, an 11th-century scientist from Central Asia. Dr. Mirza has edited two special issues of The Muslim World and served as assistant editor of the Princeton Encyclopedia of Islamic Political Thought. His most recent article is titled "Deed Over Idea: Toward a Shared Caliphate," published in the Routledge Handbook of Religious Literacy, Pluralism, and Global Engagement (2021). 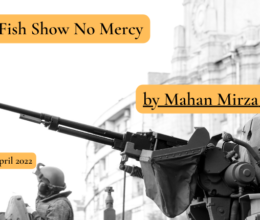 A major nuclear power invades a smaller nation with a population of about forty million, roughly the size of California, because it considers it a threat. The action to demilitarize the country and impose regime… 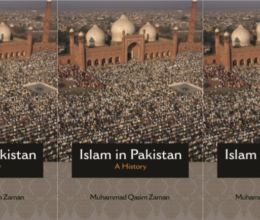 M. Qasim Zaman. Islam in Pakistan: A History. Princeton: Princeton University Press, 2018 | 432 pages. $39.50 hardcover | Reviewed by Mahan Mirza This book is not meant to be read. It is meant to be… 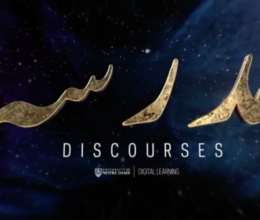 Scientific Literacy for Madrasa Graduates: A Project for Religious Renewal at the University of Notre Dame

The ink of scholars is holier than the blood of martyrs. -Attributed to the Prophet Muhammad Beneath the rule of men entirely great, the pen is mightier than the sword. -Edward Bulwer-Lytton Peace cannot…