Khalil Abdur-Rashid is the first full-time University Muslim Chaplain at Harvard University. He also serves on the Harvard Board of Religious, Spiritual and Ethical Life. He was born and raised in Atlanta, Georgia and completed his bachelors degree in Social Work. He worked for the state of Georgia as a social worker for several years. He pursued Islamic studies academically and traditionally which led him overseas to study for numerous years in the Middle East and in Istanbul, Turkey. Chaplain Khalil pursued a Master’s Degree in Istanbul, Turkey in Islamic Law at Marmara University and has received advanced Islamic seminary doctoral licenses in Islamic Sciences. He also holds both a Master of Arts in Islamic law and Middle East Studies as well as a Master of Philosophy in Islamic Law and Middle East Studies from Columbia University in New York City. He has taught numerous courses on Islam and Islamic law at NYU and Columbia University and taught Arabic language at Georgia State University. He was the first paid Muslim Chaplain for Columbia University and Barnard College in New York City and served as an advisor to the NYPD Police Commissioner. He also served as Imam for several years in New York City and as Scholar-in-Residence at a major Islamic Center in North Dallas. He also worked as adjunct professor of Islamic Studies in the Graduate of Liberal Studies Program at SMU. He is now completing his academic doctoral degree in Liberal Studies, specializing in the structure and representation of American Muslim identity.  He lives in Cambridge with his wife and children. 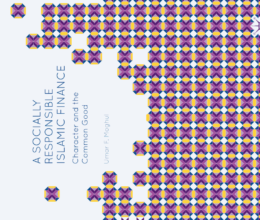