Kenny Schmitt’s research interests lie at the intersection of Muslim religious practices and contentious political spaces.  His dissertation, “Living Islam in Jerusalem: Faith, Conflict, and the Disruption of Religious Practice,” is based on five-years ethnographic research in East Jerusalem (2011-1016).  Schmitt is an all-but-defended Ph.D. candidate at the Institute of Arab and Islamic Studies at Exeter University.  During his doctoral studies, Schmitt has had visiting fellowships at the Hebrew University and the Department of Sociology at Yale University.  His first article, “Ribat in Palestine: the Growth of a Religious Discourse alongside Politicized Religious Practice,” appeared in the Winter 2017 issue of the Jerusalem Quarterly.  He is contributing author for Edinburgh University Press’s forthcoming title “Researching the Middle East: Cultural, Conceptual, Theoretical and Practical Issues,” and participant in the Urban Dimensions of Religious Conflict initiative.  He holds a Master of Philosophy from Exeter University, a Master of Arts in Global Leadership from Fuller Theological Seminary, and a Bachelor of Arts in Sociology from Furman University 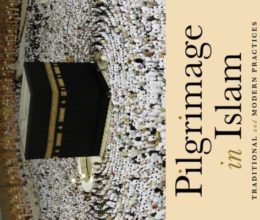