Brannon D. Ingram is Assistant Professor of Religious Studies at Northwestern University. He works on Islam in South Asia and South Africa, with a particular interest in how Muslims have debated Sufism, Islamic law, and politics in the modern era. His first book is Revival from Below: The Deoband Movement and Global Islam (University of California Press, 2018). He is working on a second book examining how Muslims in the early-to-mid 20th century debated and contested the category of “religion. Ingram’s research and teaching have been funded by the SSRC, ACLS, and the Andrew W. Mellon Foundation. At Northwestern, he teaches courses on The Qur’an, Sufism, Islamic Law, Islamophobia, and more specialized courses in Islamic Studies. In 2017, he received the Distinguished Teaching Award, given each year to three faculty in Northwestern’s Weinberg College of Arts and Sciences. 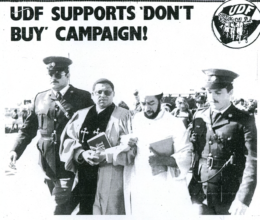 When I began researching the Deoband movement as a graduate student, I knew basically three things about the Deobandis: there are hundreds of madrasas around the world modelled after the original Deobandi seminary, the Dar…