Ann Birkelbach is currently Assistant Director at the Ali Vural Ak Center for Global Islamic Studies and has been with the Center since it’s opening in 2010. For two years she served as the founding Program Coordinator for a new MA in Middle East and Islamic Studies program at George Mason. Prior to her position at the Center, Ann worked in various administrative roles in the private sector and also served as Assistant Director for the Center for Contemporary Arab Studies at the School of Foreign Service, Georgetown University. Ms. Birkelbach holds a dual master’s degree in Near Eastern Languages and Cultures and Art History from Indiana University at Bloomington. Her publications include her thesis: “The Dawn of a Sacred Art: Recent Research on the Artistic Development of Qur’anic Calligraphy and Ornamentation in Early Islam” examining the historical development of Arabic writing and the art form of calligraphy during the Umayyad and early Abbasid periods. In addition, Ann studied non-profit management at the School for Public and Environmental Affairs at Indiana and is a graduate of the Fundraising School where she attended trainings on fundraising, marketing for non-profits and grants managements through the Center on Philanthropy (now known as the School of Philanthropy) in Indianapolis, IN. Ann has taught introductory courses on Religion and Art and Islamic Art to both adult and college age populations at local Washington DC area universities including Georgetown University’s School of Continuing Education, University of Mary Washington and George Mason University. Born in Brussels Belgium and daughter of a corporate oil executive, Ann’s family spent 11 years overseas in Europe and came to her interest in the Middle East and the Muslim world naturally. Her father had assignments in Libya, Iran, Israel and Canary Islands. Ann has traveled and studied in Morocco, Tunisia, Egypt and Saudi Arabia and hopes to travel to Central Asia and Southeast Asia. 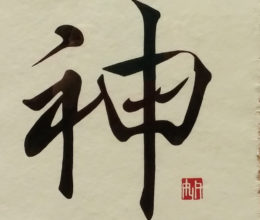 “We are all Americans”: Traditional, Contemporary and Eclectic Works of Islamic Art in Leesburg

Tucked away in a small historic city not far from the nation’s capital lies a community exhibit attempting to build bridges between the indigenous American population and the more recent immigration of Muslim Americans. The…