Abbas Barzegar is an Assistant Professor of Religion at Georgia State University and a term member of the Council on Foreign Relations. At GSU he co-directs two interdisciplinary research projects: 1) Civic Approaches to Conflict Resolution in the Muslim World, and 2) the digital archive, “After Malcolm: Islam and Black Freedom Struggle.” He received his Ph.D. in 2010 from Emory University specializing on the Sunni- Shiite conflict, Islam in America, and transnational political Islam. In addition to numerous articles and book chapters, he is the co-author of Islamism: Contested Perspectives on Political Islam (Stanford, 2009). His work has been supported by The Carter Center, The National Endowment for the Humanities, The British Council, The European Union, The US Institute of Peace, The Mellon Foundation, and the Georgia Humanities Council. His public commentary and analysis can be found in a variety of print and broadcast media outlets, including The Hu ington Post, The Guardian, CNN, Aljazeera, and Fox News. 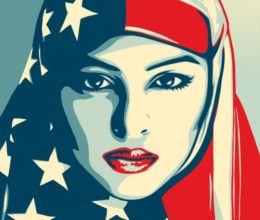 Baby Seals: The Geopolitics of the American Muslim

While the Trump administration’s new travel ban, seemingly based upon the now dismantled National Security Entry-Exit Registration Systems (NSEERS) program, is likely to clear judicial scrutiny more easily than the last attempt, the social and…