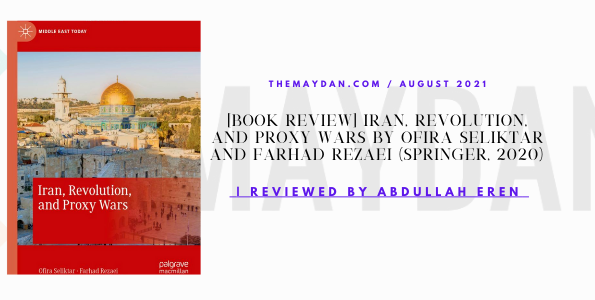 Proxy warfare is a currently growing military strategy by which states fight other states or non-state groups via unofficial armies. In Iran, Revolution and Proxy Wars, Ofira Seliktar and Farhad Rezaei offer an important study that evaluates one of the contemporary manifestations of proxy warfare: how Iran has been architecting asymmetric warfare strategy and proxy wars in the Middle East since the Islamic Revolution (5).

Chapter 1 presents the theoretical and analytical foundation upon which the study is built. Here the authors ask whether Iran is a nation-state or a revolution exporter, they outline the general background and trajectory of Iran’s strategy of asymmetric warfare as far back as the Iranian Revolution. They chart how the Shia scholarly class became a dominant political agent in Shah-Era Iran and study how the post-revolution government aimed to spread the Islamic revolution across the world an ordinary “Western-type nation-state” (5). The Rest of the chapter gives details about the organization of the proxy strategy. Information on the early military institutions like Revolutionary Guard (IRGC) and Quds Forces but also non-military institutions contribute asymmetric warfare in many ways. The authors focus on the Iranian choice of this military strategy instead of conventional war due to the disparity of power between Iran and ‘enemies of Islam’ (11-17). 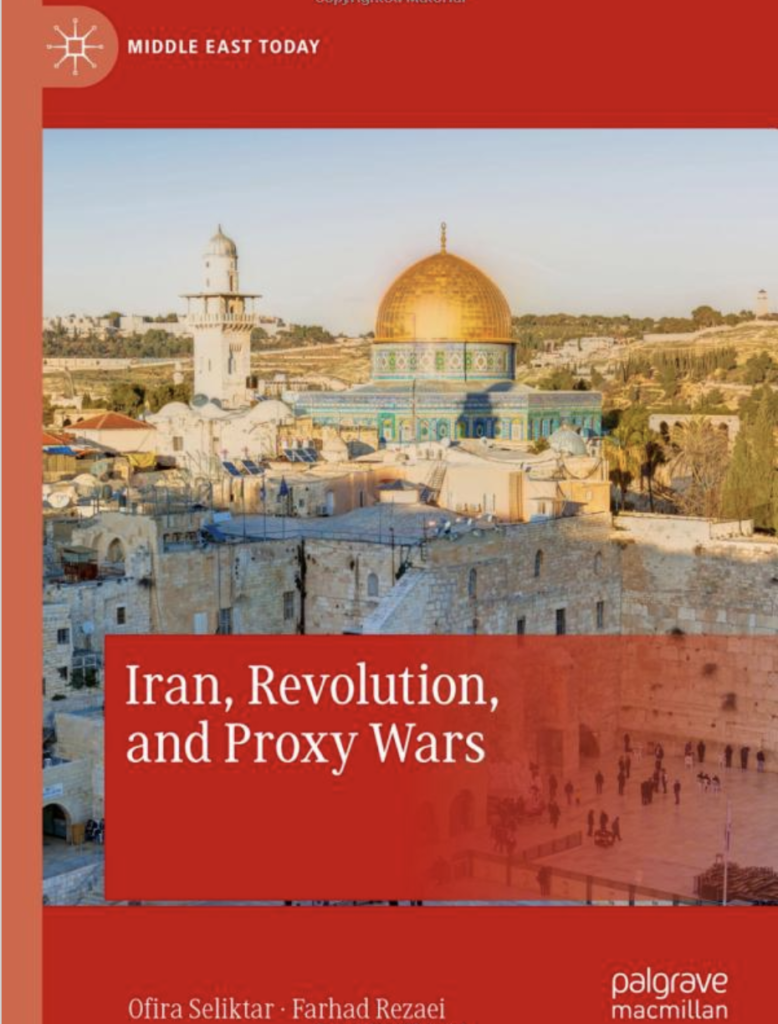 Chapter 2 presents a case study of Hezbollah as the first proxy model for Iran. This example is considered to be the most critical proxy warfare project because the Lebanese experience was essential to advancing this political and military strategy in other regions. The authors note how Lebanon was the ideal country to launch the project because of the ongoing civil war, the failed state, a disenfranchised Shia minority and its geographical advantages (21). The chapter also details how Hezbollah conducted multiple functions as a military group and a political party, including medical and humanitarian aid projects and social organization works. The chapter also recounts suicide bombing, hijacking, terror attacks and similar activities as core components of Iran’s asymmetric war strategy (28-33).

Chapter 3 investigates the relations between Palestinian political and military groups – including the Palestinian Islamic Jihad, HAMAS, PLO (Fatah) – and Iran.  It begins with the early networking between Fatah and Shia military groups in various regions. The authors argue that Iran intervened in the Oslo peace process negatively by exercising influence over newly allied groups apart from Fatah (64-69). Chapter 4 examines, al-Qaeda, another non-Shia organization with ties to Iran. Here the authors point out that the relation between Iran and al-Qaeda may not have been a direct tutelary-proxy connection but an opportunistic coordination against a common enemy. The authors evaluate the strategic cooperation between Iran and al-Qaeda in Sudan, Somalia, Iran (as a safe haven for al-Qaeda members) and other regions (95-99).

“Chapter 5 focuses on Iraq, where Iran had set up several proxy factions. Despite its demographic majority, the Iraqi Shia population was politically disempowered during the Saddam era. The authors indicate that the US occupation was a gift for Iran…”

Chapter 5 focuses on Iraq, where Iran had set up several proxy factions. Despite its demographic majority, the Iraqi Shia population was politically disempowered during the Saddam era. The authors indicate that the US occupation was a gift for Iran as it offered a chance to challenge the status quo in its neighbor country (132). Iran both supported former groups and established new groups to gain dominance in Iraq. This chapter is particularly pertinent to any study of recent Iraq history from an Iranian perspective.

Having indicated the importance of Syria for Iran as an integral part of its asymmetric warfare strategy for various geographic and demographic reasons in chapters 1 and 2, Seliktar and Rezaei devote chapter 6 to studying Iran’s proxy warfare strategies in the Syrian civil war. The authors study Iranian intervention in the civil war as well as the backgrounds of the two countries’ relations. They outline how Iran gathered thousands of militants from around the Shia world, established of several military units, and kept these groups in coordination with Iran and Hezbollah to project “Shia Jihadism’’ in the region (172-175).

Chapter 7 provides an overview of the military actions of Iran in the Gulf region. Here Wahhabism is framed as a primary rival and enemy for Iranian revolutionary ideologies. The Shia minorities in the Gulf countries provided an opportunity for Iran to construct proxy organizations there (203). The book demonstrates that despite coordinating some relatively small organizations, Iran did not meet with much success in the Gulf except in Yemen which was not vastly different from the wealthy stable monarch regimes of the Gulf.

The concluding chapter evaluates successes and limitations of the proxy warfare strategy, and and concludes that Iran achieved success in some regions through its proxy strategy but this costed her dearly.

“Iran, Revolution, and Proxy Wars successfully demonstrates that the Iranian asymmetric warfare is not only a military strategy but also a political strategy that includes such non-military institutions as academy, charity organizations, social networks, and aid companies.”

Iran, Revolution, and Proxy Wars successfully demonstrates that the Iranian asymmetric warfare is not only a military strategy but also a political strategy that includes such non-military institutions as academy, charity organizations, social networks, and aid companies. This book does not fall into the trap of exclusively studying one particular proxy group, or one dimension of this strategy, but offers a descriptive and comprehensive study that analyzes asymmetric warfare and proxy organization within a broader context. Its impressive bibliography includes books, articles, media analysis, reports, primary sources and state documents. However, general background information about the asymmetric warfare is missing in the book despite the crucial relevance of this concept in the book. The notion of asymmetric war itself is mentioned throughout the book and is used to describe Iranian strategies but explanation of the concept is very limited. Some conceptual discussions using recent literature on asymmetric warfare and proxy war would augment the theoretical side of this study.[i]  Since one of the main themes of the book is Shia political ideology and the Shia crescent, it might also have been useful to include more information about the sect’s general principles, as well as additional short descriptions of Shi’ism and its position in the Muslim world and some examples from primary religious sources like Shia Hadith literature which describe red lines for the sect[ii], and which shed light on the motivations of its rivalry with Sunnism would be beneficial.

“…even though the work makes use of multiple sources, it is generally lacking in an economic dimension of asymmetric warfare strategy.”

Finally, even though the work makes use of multiple sources, it is generally lacking in an economic dimension of asymmetric warfare strategy. Proxy war has become more prevalent in the world due to its lower cost for international actors.[iii] However, any operation of this scale would still require robust financial systems to support this massive proxy network. The book mentions an expectation about economic sanctions leading to increased financial costs and making Iran turn into a nation-state instead of a revolution exporter but the authors never mention an approximate cost for this strategy. More economic data would shed light on more concrete results of the policy. These shortcomings, however, do not take away from the overall benefit and relevance of this timely work.

Abdullah Eren graduated from the sociology department of Bogazici University, Istanbul, Turkey. He continues his graduate education in the same university at the Ataturk Institute for Modern Turkish History. He is a researcher and alumni of the ISAR Foundation that presents special education on Islamic and social sciences. Abdullah Eren is interested in security and military policy in the Middle East, military sociology, Gulf countries and the Eastern Mediterranean.

*The author first presented this review at the Fourth Annual Graduate Students Book Review Colloquium on Islam and Middle Eastern Studies in 2020 organized by Ali Vural Ak Center for Global Islamic Studies at George Mason University and the Maydan in collaboration with the Fall for the Book Festival.