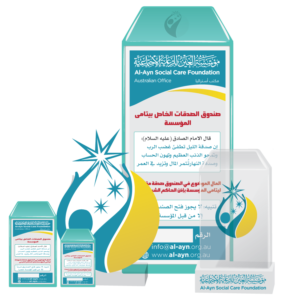 Current international practice standards and extensive research from the fields of political science, international relations, sociology, religious studies, and communication all note the importance of civil society as a space for exchange and communication for non-state actors in all their diversity.[1] Stressing the relevance of global civil society as a vital space for healthy democratic practices, scholars have noted that “non-state actors in all their diversity – non-governmental organizations, social movements, the media, the private sector, the academic community, spiritual leaders, the artistic world, global public opinion – are crucial and need to play a more active role.”[2] More specifically, there has been a renewed interest and recognition for the significance of Faith-Based NGOs (FBOs) engaged in humanitarian development and aid efforts in conflict areas around the globe. Beyond their role in delivering vital aid to populations in need, these NGOs are seen as key actors in international affairs and as advocates for the needs, interests, and values of people at large. In the next few paragraphs, we will expand on the role and success of Muslim FBOs through a detailed case study of Al Ayn, a Shi’a FBO operating in Iraq.

Research has pointed to Muslim NGOs having a better ability to accomplish comprehensive development and humanitarian objectives amongst populations that identify as Muslim regardless of sectarian affiliation, due to their religious background through the “cultural proximity thesis.”[3] This thesis claims that Faith Based Organizations (FBOs) in general, specifically Muslim NGOs, can more efficiently and successfully work among Muslim populations. These international FBOs are especially couched within the framework of impactful international civil society and recognized as salient organizations playing an active role in the lives of those most in-need.[4]

“Research has pointed to Muslim NGOs having a better ability to accomplish comprehensive development and humanitarian objectives amongst populations that identify as Muslim regardless of sectarian affiliation, due to their religious background through the ‘cultural proximity thesis.'”

However, it is critical to note that the engagement with the Muslim humanitarian sector as a whole has been a challenging process both for the Muslim organizations themselves and those around them, partners and recipients alike. Broadly speaking, Muslim NGOs are often accused of having ties to terrorist activities and undergo an extra layer of scrutiny in comparison to their Christian and secular counterparts.[5] This creates a sense of tension and difficulty for those working with Muslim NGOs. As a result,  some of these organizations that otherwise recognize the advantages of engaging with the Muslim humanitarian sector tend to mostly focus on collaborative efforts with mainstream, western-based Muslim NGOs.[6] Nonetheless, there is a dire need for more engagement with locally-based Muslim NGOs.[7] Where FBOs fair better is their exceptional ability to build distinctive and indispensable inroads local communities, which can allow for the development of institutions that would otherwise continue to be deprived from funding by both state and non-state agents. [8]

The case of Shi’i FBOs in Iraq

While a majority of Muslim organizations worldwide face these problems, Muslim aid organizations in Iraq have to deal with multiple additional layers of difficulties. Often presented as a country ravaged by warfare in the global media and policy representations the complex realities that define contemporary Iraq are frequently explained away with reference to the phenomenon of the Islamic State in Iraq and Syria (ISIS), the “age-old” sectarian conflict between Sunnis and Shi’as, or the ethnic clashes between Iraq’s Arab and Kurdish populations.[9] As a result of this reductionist view, Iraqi Muslim aid organizations face not only external issues of legitimacy, but also internal struggles amongst the different ethno-religious groups within the country.

The issue of sectarianism in Islam has commonly been described as the trans-historical conflict between the Sunni and Shi’i sects beginning after the death of prophet Muhammad in 632 AD.[10]  For those who buy into reductionist arguments around sectarianism, the Middle Eastern conflicts can be explained with reference to this singular problem of sectarianism, which, according to those who hold this view, is a problem permitted and propagated by the religious clergy[11] However, researchers have argued that the sectarian explanation is inaccurate and problematic as it diverts attention from the actual issues that cause these supposed sectarian conflicts. Some researchers have coined the term sectarianization to provide a more in-depth definition to be used in further research. The term sectarianization is defined as a process that is “shaped by political actors operating within specific contexts, pursuing political goals that involve popular mobilization around particular (religious) identity markers.”[12] Understanding the conflicts in the Middle East and specifically in Iraq through the sectarianization lens reveals that many of these sectarian conflicts are in fact created by political actors attempting to secure political clout. In the current context of political and social challenges, religious actors (including Muslim NGOs) are able to use their resources, outreach and influence to mitigate conflicts tainted with sectarianism. In a recent research project, funded by the EU Commission, that culminated in a report published by the British Council and Georgia State University, scholars Abbas Barzegar and Nagham El Karhili specifically discuss the intersection of faith and development work. Their study highlights the role that religious leaders and institutions play around the globe, as well as in specific domestic contexts. A key finding that the report highlights is the importance of FBOs in aiding those in need in conflict zones.  In the case of Iraq, Ayatollah Sistani’s al-Ayn foundation is a prime example of an on-the-ground FBO, reflecting the impact of faith actors on development.

Perceived as a contested figure of Iraq’s sectarianization, Ayatollah Ali al Sistani is seen as the country’s highest Shi’a authority. A majority of Iraqi Shi’as both domestically and internationally, see him as their leader. Up until 2003, Ayatollah Sistani was placed under house-arrest by the Saddam Hussein regime, who saw him as a threat due to the influence he carries with Iraq’s Shi’a majority.

Following the 2003 US invasion and the removal of the Saddam regime, the US enacted the policy of de-ba’athification, one aspect of which included the dissolution of Iraq’s security forces. The power vacuum that resulted from this policy allowed the rise of militant actors and groups such as Abu Musab al-Zarqawi’s al-Qaeda in Iraq (AQI), and Muqtada al-Sadr’s Mahdi Army. These groups attempted to secure power using sectarian identity, with AQI flirting with Iraq’s Sunnis and Mahdi army with Iraq’s Shi’a. As a result, during the time period from 2003-2006, Iraq was sectarianized and an unofficial “civil war” took place.

During those years of conflict, Ayatollah Sistani has released multiple statements that forbid his followers to engage in actions that would fuel sectarian strife. Furthermore, he released a famous statement in which he advised his Shi’i followers to not refer the Sunnis as their brethren, but rather refer to their Sunni counterparts “their souls”. These efforts by Ayatollah Sistani emanated in a significant decline in sectarian killings.

One of the first on the ground groups which rushed to help Iraqis dealing with the humanitarian crisis in the aftermath of ISIS’ brutal sectarian campaign was a Shi‘i NGO, al Ayn Social Care Foundation. Founded in 2004, al Ayn, an organization authorized by Ayatollah Sistani began operating within Iraq to help the many victims left behind by the Saddam-regime and the conflicts that ensued.[13] Until 2014, the organization specifically focused on orphans. Families with orphaned children would be registered with the organization and would receive monthly payments in addition to various services provided by al Ayn. The organization was able to provide these services through direct funding from Ayatollah Sistani’s office and by way of contributions from individual donors and philanthropists worldwide.

After the 2014 crisis, al Ayn began including displaced families in their aid work. Families already registered with al Ayn were prioritized in the relocation and displacement process. Al Ayn offices located in the cities that were overtaken by ISIS were relocated to safer areas, where  the organization continued to provide aid to registered families and orphans.

Following the crisis, more families and orphans were registered and given aid, irrespective of their religious and ethnic affiliations. In fact, Ayatollah Sistani stressed that the bulk of the funding that his office is giving to al Ayn be prioritized to Sunni internally displaced persons (IDPs) and, al Ayn was able to build housing complexes in order to house IDP families. In addition to providing housing for IDPs, the organization aimed to provide comprehensive care to over 4,060 IDP families (as of February 2018) and a total of 53,000 orphans. This includes a monthly allowance to each member, medical and dental checks, psychological and mental care, fulfilling education needs, including uniforms and equipment, and providing older members with vocational workshops.  Despite al Ayn operating within Iraq’s difficult political terrain, the organization was able to showcase unprecedented transparency and highly professional services in donation, collection, and distribution phases of NGO work.[14] The organization received no funding from any government and takes 0 percent commission on the donations it collects. Furthermore, salaries of the aid workers are paid directly from the office of Ayatollah Sistani.

In this case, the Shi’a FBO was able to connect with local communities and the settings that inform their lives, due to their cultural fluency, compared to secular counterparts, making them more comfortable and ultimately more efficient.[15] This idea is reinforced by the support that Muslim NGOs are able to rally from deeply-rooted international religious networks, which consistently provide them with local resources and give them the ability to operate at a lower cost. In short, Muslim NGOs, especially when they serve Muslim faith communities, are comparatively more effective, sustainable, and well-organized components of the larger global civil society network.[16] This distinctive ability to connect with local culture is possibly enhanced in the context of war and conflict, as such settings tend to promote great dependence on faith and religious identities. In a sense, the organization fit perfectly within the larger context of local faith-based organizations being able to provide aid specifically tailored to the domestic and local case.

Bruno De Cordier, The ‘Humanitarian Frontline’, Development and Relief, and Religion: what context, which threats and which opportunities? (Third World Quarterly, 2009), 30(4), 663-684.

[11] For example, during his  2016 State of the Union Address, former American president Barack Obama stated that the conflicts in the Middle East ‘rooted in conflicts that date back millenia.’ Additionally news outlets have used the theological differences between Shi’i and Sunni Muslims as a scapegoat explanation for the Yemeni, Bahraini, Iraqi and Syrian conflicts.

Harriet Sherwood, Sunni-Shi’a sectarianism at root of much of Middle East violence, (The Guardian, January 4, 2016).

[13] Organizations claiming to be affiliated with Ayatollah Sistani must have an authorization letter (ijaza) which proves that they receive the Ayatollah’s support and blessing.

[14] According to Transparency International, Iraq scores 18 out of 100 in transparency and is ranked 169/180 worldwide in corruption.

[16] Nkwachukwu Orji, Faith-Based aid to people affected by conflict in Jos, Nigeria: An analysis of the role of Christian and Muslim organizations, (Journal of Refugee Studies, 2011), 24(3), 473-492.