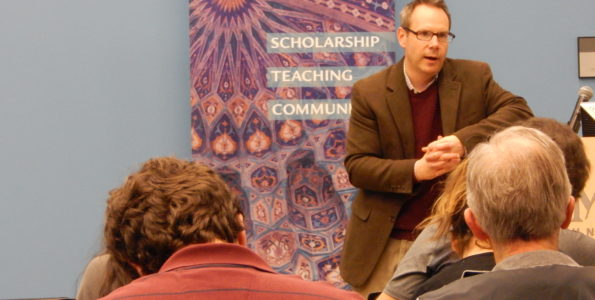 Dr. Peter Mandaville, Professor of International Affairs in the Schar School of Policy and Government at George Mason University served from 2015-2016  as a Senior Adviser in the Secretary of State’s Office of Religion & Global Affairs at the U.S. Department of State where he led that office’s work on ISIS and sectarian conflict in the Middle East.

Maydan presents his talk, ” “The Ambivalence of Islam in US Foreign Policy,” delivered on March 7, 2017 where Dr. Mandaville reflects on his three years working at the State Department during the Obama administration. Prof. Mandaville discusses the complex and at times contradictory approaches to Islam and Muslims that characterized U.S. foreign policy in the context of the 2009 Cairo speech, the Arab Uprisings and their aftermath, as well as efforts to address the rise of ISIS. He also assesses how the Trump administration is likely to approach these same issues.