This interview has us moving out of our wheelhouse a bit. We’ve been listening to people who inhabit some sort of space in the Muslim or Muslim-majority world. Our geographies have been loose. They’re about to get a little looser. We’re talking to people who work in the public humanities space though and that’s been part of what we’ve been focusing on. How do we make history accessible and why it’s not simply a case of making more lecture videos available online. My core belief is that communities deserve creative, beautiful work, which requires thought.

“At the same time, labor has been at the heart of this series. How do we honor and finance the labor of those within our public humanities, public scholarship community?” 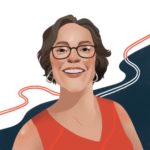 Welcome to Knowledge and its Producers, a limited series from the Maydan produced by me, NA Mansour. In each episode, we’ll be talking to people who are at the forefront of knowledge production, typically away from the traditional educational power structures. We will be talking to people who curate, who edit, who run research centers, who write, and more. My field is Islamic studies and we’ll be talking to people who fit into the study of Islam and the Muslim-majority world. That doesn’t mean they’ll be Muslim themselves or Arab or Turkish; it just means we don’t have perfect terms for describing this big intersecting world. Yet. The goal is to get a wide variety of people talking about different ways of accessing history, ideas, and more. To uplift the people we are interviewing. And to inspire you. 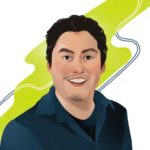 Just a heads up. We will be using some acronyms this episode and I didn’t catch them while we were recording. The AHA is the American Historical Association.  You don’t need to remember these specifically but when acronyms comes up, just remember those are professional associations that throw yearly conferences.

Thank you for listening and again a big thank you to Erin and Marc.  You can follow Contingent @Contingent_Mag on Twitter. Marc Reyes is @Marc_A_Reyes84 and Erin Bartram is @erin_bartram. Bill Black is @williamrblack. You can follow me @NAMansour26 and you can follow the Maydan @theMaydan on twitter. The production team includes Micah Hughes who you can follow @MicahAHughes and Ahmet Tekelioglu and most importantly, audio editor who does our post-production, Sophie Potts. A big thank you to the Luce Foundation.  Our music is by Blue Dot Sessions.  Be sure to subscribe or follow The Maydan on social media for upcoming episodes and more in the Maydan’s selection of podcasts.

Knowledge and its Producers

Knowledge and its Producers is a limited podcast series from the Maydan hosted by N.A. Mansour. In each episode, we’ll be talking to people who are at the forefront of knowledge production, typically away from the traditional educational power structures. It’s been an exercise in thinking through how knowledge is constructed & barriers to entry. Most importantly, we highlight people demolishing those barriers. These interviews cover everything from labor to creativity to breakfast. We’re going beyond traditional educational systems to really break down how different elements of knowledge production fit together and create community. This show is generously funded by the Henry Luce Foundation.

This episode of Knowledge and its Producers talks to Bharti Lalwani, who is a perfumer and art critic as well as the curator of the online exhibition Bagh-e Hind. Throughout the interview, Lalwani tells us...

Welcome to Knowledge and its Producers, a limited series from the Maydan produced by me, NA Mansour. In each episode, we’ll be talking to people who are at the forefront of knowledge production, typically away from...

Welcome to Knowledge and its Producers, a limited series from the Maydan produced by me, NA Mansour. In each episode, we’ll be talking to people who are at the forefront of knowledge production, typically away...

We’re going to be tackling two heavy topics today. They’re marginally different, so bear with me. The first is belief when it intersects with your research. As a Muslim whose career is basically Islam and...

N.A Mansour’s guest for this episode of Knowledge and Its Producers is M. Lynx Qualey. “We’re going to be talking about everything from translation to KDrama, to work-life balance to the idea of guilty pleasures....