Muhammad Fraser-Rahim's areas of expertise include Islamic intellectual history, comparative religion and Islamic philosophy/spirituality. In addition, Mr. Fraser-Rahim worked for the United States Government for more than a decade providing strategic advice and executive branch analytical support on countering violent extremism issues to the White House and the National Security Council. He completed advanced level Arabic language certificates at various higher education institutions in the US, West Africa and the Middle East. He holds a PhD from Howard University in African Studies where his dissertation focused on the late Imam W.D Mohammed, an American Muslim Revivalist and his contribution to combat violence domestically and abroad. 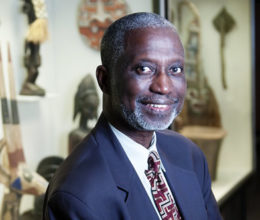 “Respect logic and use it as a tool to improve upon your spiritual understanding.” Imam W.D. Mohammed,  American Muslim Revivalist (1933-2008) [Update]: Originally published on February 21, 2017 on the Maydan, this piece is updated…