Dr. Khairudin Aljunied (PhD SOAS, London) is currently appointed as Professor of the Practice and Malaysia Chair of Islam in Southeast Asia at Georgetown University. He is at the same time, a tenured Associate Professor at the National University of Singapore. Dr Khairudin is the author and editor of several books, among the recent ones are Colonialism Violence and Muslims in Southeast Asia (London: Routledge, 2009); Radicals: Resistance and Protest in Colonial Malaya (Dekalb: Northern Illinois University Press, 2016) and Muslim Cosmopolitanism: Southeast Asian Islam in Comparative Perspective (Edinburgh: Edinburgh University Press, 2016). His forthcoming book is on the reformist thought of a prominent Indonesian thinker, Hamka (Haji Abdul Malik Karim Amrullah), which will be published by Cornell University Press in November 2018. A specialist on the history of Islam in Southeast Asia, his research covers topics such as religious cosmopolitanism, social movements and intellectual history. 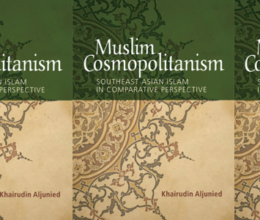 Vivid and disturbing images of women and children dying in conflict-ridden parts of the Middle East and Myanmar were flashing across the digital media as this essay is being written. The popular press around the…