Katie Merriman is a PhD Candidate in Religious Studies at the University of North Carolina at Chapel Hill, with foci in contemporary Islam, race and religion, and the anthropology of religion. Her dissertation centers on charitable giving in American Muslim communities, at the intersection of race, class, and moral subjectivities. She has been involved in rights-based work in Arab and Muslim communities in the United States and Jordan and also lectures publicly on religious literacy and anti-racism practices. In addition, Merriman is the founder and guide for Muslim History Tour New York City, which explores 400 years of Islamic history captured in often overlooked sites, architecture, and events of the past. 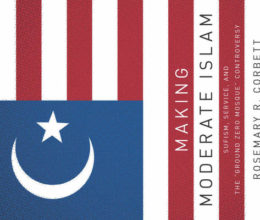