Daniel Nilsson DeHanas is Senior Lecturer of Political Science and Religion at King's College London and serves as co-editor of the journal Religion, State and Society. His research on religion and politics includes work on religious identity, political participation, and London as a global city of migration. His book London Youth, Religion, and Politics (Oxford University Press 2016) brings these interests together in a comparative study of young Muslims and Christians. He also recently co-edited the book Religion and the Rise of Populism (Routledge 2019) including a global range of case studies of religious influences on populism in Britain, the US, Switzerland, Turkey, and elsewhere. His current research is a British Council Bridging Voices project on the 'Muslim Atlantic' that explores the connections between American and British Muslims. Peter Mandaville is Professor of Government and Politics in the Schar School of Policy and Government at George Mason University and the Interim Director of the Ali Vural Ak Center for Global Islamic Studies at GMU. He is also a Nonresident Senior Fellow in Foreign Policy Studies at the Brookings Institution and Senior Research Fellow at Georgetown University’s Berkley Center for Religion, Peace & World Affairs. From 2015-16 he was a Senior Advisor in the Office of Religion and Global Affairs at the U.S. State Department. He is the author of, among other titles, Islam and Politics (Routledge, 2007; 2nd edition, 2014; 3rd edition, 2020), a broad global overview of Islamic social and political movements, and Transnational Muslim Politics: Reimagining the Umma (Routledge, 2001), a study of Muslim communities in the United Kingdom. He also is co-editor of several volumes of essays in the fields of international relations and Islamic Studies, including Politics from Afar: Transnational Diasporas & Networks (Columbia University Press, 2012). 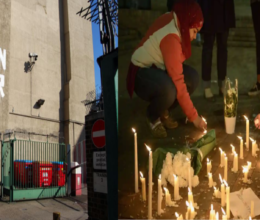