Ann Marie Wainscott is Assistant Professor of Political Science at Miami University where she teaches courses in Middle East politics. She recently served as the American Academy of Religion Senior Fellow at the United States Institute of Peace, where she coordinated a research project analyzing the contemporary Iraqi religious landscape. Prior to her arrival at USIP, her research analyzed how the War on Terror is shaping Muslim-majority states’ domestic and foreign policies. Her book, Bureaucratizing Islam: Morocco and the War on Terror was published by Cambridge University Press in 2017. Her scholarship has also appeared in the Journal of North African Studies and Politics and Religion. Find more at her website: annmariewainscott.com. 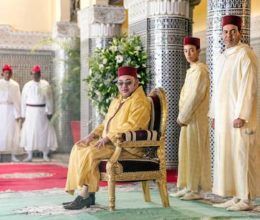 Rise of the Bureaucrat? Changing Religious Authority in Morocco

In Morocco, the state has greatly expanded the religious bureaucracy since 2004. There are now institutions that print the Qur’an, teach individuals various Qur’anic recitation styles, and train domestic and foreign imams and other lay…