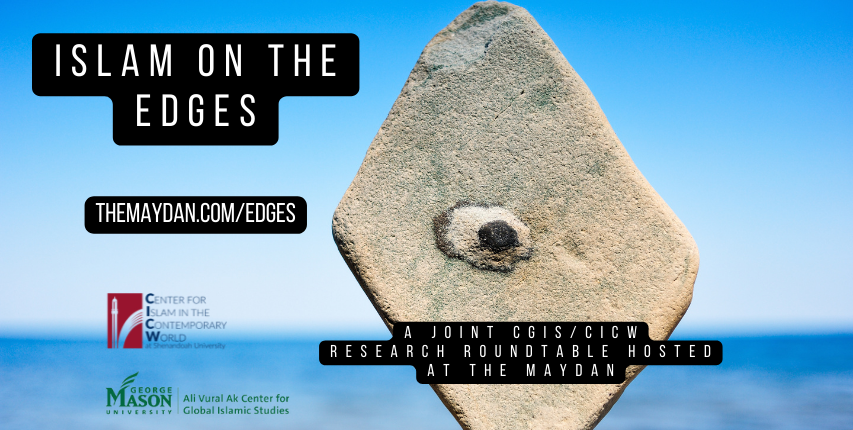 The Maydan calls for contributions from academics, researchers, artists and others around the theme “Islam on the Edges.”

Developed as a research agenda by Ermin Sinanovic at the Center for Islam in the Contemporary World at Shenandoah University (CICW), “Islam on the Edges” is an intentional effort to shift focus away from assumed centers of the Islamic world to better understand the global nature of Islam. The Ali Vural Ak Center for Global Islamic Studies at George Mason University (CGIS) and CICW are initiating a new collaborative project with this call for contributions that will showcase the thematic diversity of “Islam on the Edges” via the AVACGIS open access digital scholarship platform, Maydan. Accepted submissions published on the Maydan will receive an honorarium of $200. Please see below for information regarding the submission process.This collaboration will also involve a diverse set of scholarly gatherings and output over the next year. 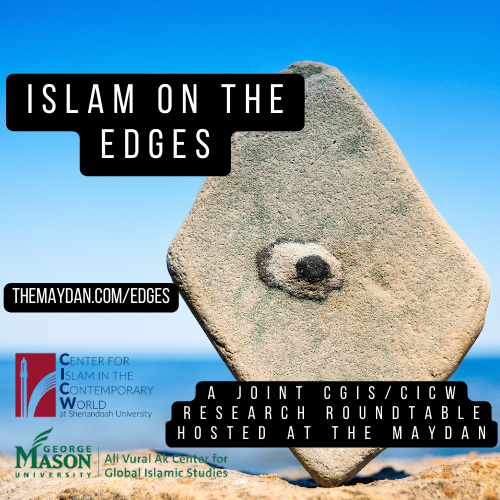 Why Islam on the Edges?

While there has been significant development towards more pluralistic approaches to the study of Islam that emphasize its global and non-monocentric nature, there are still significant remnants of the old approaches that emphasize the centrality of the Middle Eastern and Near Eastern histories, languages, and cultures. Such approaches may be understandable, but their persistence in today’s globalized present should be interrogated. “Islam on the Edges” is both poly-centric and non-centric: it invites us to think of multiple vital centers of Muslim culture and religious experience that are equally important and constitutive of what makes Islam a global presence. In its poly-centric nature, Islam on the Edges imparts a non-centric understanding of the Muslim religion. No center or region is more critical to the understanding of global Islam than another. However, the geographically-oriented manifestations are not the only concern for the methodological insights derived from “Islam on the Edges.” This research program can also be understood as history, theology, memory, or culture, among other things.

The Focus on Non-Conventional Lines of Inquiry

As an example, to understand Muslim experience in history it is just as important to study boarding schools in Java, Islamic revival in the Malay hinterland, Muslim contributions to South Africa’s  anti-Apartheid struggle, trans-oceanic Muslim cultures in the Caribbean, scholastic traditions in Western Africa, Islam under Eastern European and Central Asian communism, secularization and Europeanization of Islam in Western Europe, or the emergence of neo-traditionalism in North America–as it is to understand the “golden age” of the Abbasid caliphate or the administrative and martial genius of the Ottomans.

A Corrective and a Cautionary Lens

In its geographically oriented manifestations, Islam on the Edges calls us to reimagine the map of global Islam in line with the actual lived experiences of Muslims around the globe. We recognize that in some regards such a focus may actually serve to perpetuate the assumed presence of a center and a periphery. The Islam on the Edges research agenda is therefore both a corrective but also a cautionary lens; one that seeks to undo our myopia as it simultaneously reminds us of the poly-centric nature of global Islam in eschewing essentializing orthodoxies and normativities at the expense of nuance and complexity.

Maydan’s call for contributions to “Islam on the Edges” places an emphasis on multi-disciplinary, both academic and ‘from the ground’ perspectives on:

Please include “Islam on the Edges” on your subject line. Inquiries can be emailed to publish@themaydan.com