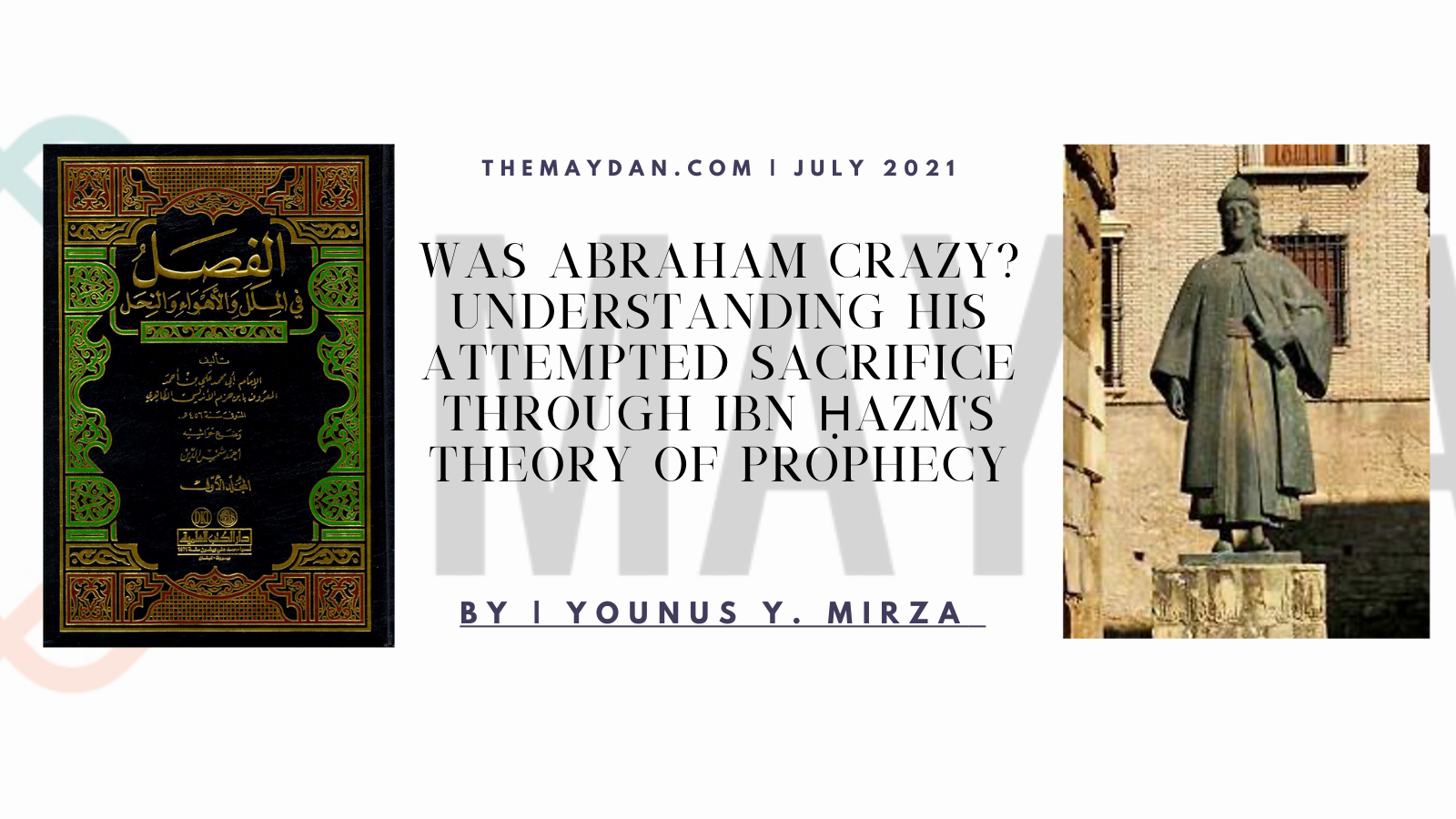 When I was speaking at the Jewish Museum of Berlin on the Story of Abraham’s/Ibrāhīm’s sacrifice in the Islamic tradition, a protestant minister on one of the panels stood up and passionately argued that Abraham/Ibrāhīm should have been arrested for attempted murder! At first, much of us in the audience laughed to ourselves thinking, “How could a prophet be arrested for a crime? 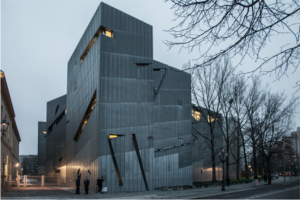 How could a prophet be a criminal?” Nonetheless, the more I thought about his point, the more it bothered me. If we saw a father holding a knife and leading his son to a remote place, would we not become suspicious? If we had the slightest inkling that a parent was going to hurt their child, would we not call child protective services or the police? The point that the speaker made also raised the question of what happens when we apply modern standards to ancient texts and scriptures. Can scripture be redeemed in the modern world or have our values changed to the point that scripture has become irrelevant?[1] Do the famous stories of the Bible and the Qur’an still have currency, meaning and applicability?

“The speaker’s point stayed in the back of my mind for several years and only resurfaced when I began to read the medieval jurist and theologian Ibn Ḥazm’s[2] (d. 456/1064) writings on prophecy. In his book describing various sects and schisms (Kitāb al-Fiṣal fī al-milal wa al-aḥwāʾ wa al-niḥal),[3] Ibn Ḥazm devotes a chapter to female prophecy.”

The speaker’s point stayed in the back of my mind for several years and only resurfaced when I began to read the medieval jurist and theologian Ibn Ḥazm’s[2] (d. 456/1064) writings on prophecy. In his book describing various sects and schisms (Kitāb al-Fiṣal fī al-milal wa al-aḥwāʾ wa al-niḥal),[3] Ibn Ḥazm devotes a chapter to female prophecy. This chapter has already received attention from scholars in the fields of “Qur’an and women” or “Women in the Islamic tradition.” However, in the chapter, Ibn Ḥazm also makes profound points regarding revelation and how it distinguishes between other types of truths, feelings and senses.

For Ibn Ḥazm, a prophet is a man or women who God informs (a‘lama) of something before it happens or reveals to them informing them of an affair.[4] Ibn Ḥazm is quick to differentiate between inspiration and divine informing (‘ilām) with the former being more common as the Qur’an states in verse 16:68 “And your Lord inspired (awḥā) the bee”.[5]  Prophecy is further different from conjecture (ẓann) and illusions (tawahhum) which are difficult to be which is difficult to ascertain except for the insanity. Prophecy is additionally not sorcery and astrology (najūm) which could be learned, nor dreams, which may be true or false. Rather prophetic revelation (waḥy) is intended to inform and there is certainty (ḥaqīqa) that falls out of the categories mentioned above. This revelation conveys certain knowledge (‘ilm ḍarūrī) which can be realized through ones senses or simple intellect (badīhat al-‘aql) to the point that there is no room for doubt. For Ibn Ḥazm, this communication may come through an angel or a divine voice actualized without an intermediary (duna waṣāṭa).

In his work on legal methodology (al-Iḥkām fī uṣūl al-aḥkām), Ibn Ḥazm further provides a concise definition of prophecy as God choosing a man or a woman among human beings and informing them of things that they did not learn.[6] This informing may be done through an angel or a power put (by God) in their souls outside the ability of creatures. This prophecy is supported by unusual events – miracles. He also notes that prophecy ended with the Prophet Muḥammad. [7] Ibn Ḥazm continues that messengership (risāla) is of God ordering a prophet to warn people and to accept his covenant.  Every messenger is a prophet but not every prophet is a messenger.

To clarify his point, Ibn Ḥazm discusses the story of the mother of Moses/Mūsā (Jochebed) where God instructs her to throw her son into the Nile and informs her that he will return him and make him a prophet and messenger.[8] For Ibn Ḥazm, this is prophecy without a doubt with certainty of intellect and correct discernment. If she was not sure of God’s prophecy – whether because it was conveyed through a dream, an inner voice or a flickering thought – then she would be considered crazy or impulsive to do such an act.  If anyone else were to do such a thing, they would be considered a transgressor or crazy and they would need to seek mental treatment in a hospital. Ibn Ḥazm then draws a parallel between the mother of Mose’s/Mūsā’s actions and Abraham’s/Ibrāhīm’s attempted sacrifice of his son.  Abraham/Ibrāhīm would not have not attempted such an act unless he was a prophet and knew the command was from God. As Ibn Ḥazm states, ““If [Abraham/Ibrāhīm] slaughtered his son because of a dream that he saw or an idea that sprang into his mind (waqa‘a fi nafsihi) and he was not among the prophets, he would no doubt be a transgressor to the greatest extent of transgression or be considered crazy to the greatest extent of insanity.”

Here we see that Ibn Ḥazm is drawing an analogy between two people who he deems to be prophets – Jochebed, the mother of Moses/Mūsā, and Abraham/Ibrāhīm.  Both are asked to perform actions to their children which would normally be outrageous.  However, because they are prophets and have clear direction from God, their actions are understood to be acceptable as they are divinely sanctioned. These actions are unique to these individuals (Jochebed and Abraham/Ibrāhīm) and should not be replicated by others who may have similar thoughts or feelings. If someone were to have such thoughts or try to hurt their children, then they would be considered transgressive or should be treated for a mental illness. In the end, Moses/ Mūsā was returned back to his mother and Abraham/Ibrāhīm did not sacrifice his child.

“Here we see that Ibn Ḥazm is drawing an analogy between two people who he deems to be prophets – Jochebed, the mother of Moses/Mūsā, and Abraham/Ibrāhīm.  Both are asked to perform actions to their children which would normally be outrageous.  However, because they are prophets and have clear direction from God, their actions are understood to be acceptable as they are divinely sanctioned.”

In conclusion, Ibn Ḥazm’s discussion is an example of how classical scholars thought through many of the moral and ethical implications of prophetic stories, as demonstrated in the sacrifice of Abraham/Ibrāhīm. The modern anxiety that many may feel regarding these stories has precedents throughout history. Scholars understood that these stories were exceptional and should not be considered normative. In fact, the stories’ dramatic events made them memorable and powerful for countless individuals of various generations, cultures and religions. The story of  Abraham/Ibrāhīm’s actions is one such powerful account, particularly when understood within the proper framework of the nature of prophetic knowledge and the certitude provided therein.

Younus Y. Mirza is a Visiting Researcher at Georgetown University and Director of the Barzinji Project at Shenandoah University which seeks to improve America’s relationship with Muslim-majority countries.  This blog has been adapted from his free online course “The Sacrifice: The Biblical and Qur’anic Story of Abraham’s Sacrifice and How it is Relevant Today”.  To learn more about his scholarship, teaching and speaking, please visit his website http://dryounusmirza.com

[1] For a treatment of the relevancy of scripture in the modern world see, Jonathan Brown, Misquoting Muhammad: the Challenge and Choices of Interpreting the Prophet’s Legacy (London: Oneworld, 2014).

[2] For more about Ibn Ḥazm and his various works see Ibn Ḥazm of Cordoba: the Life and Works of a Controversial Thinker, eds. Camilla Dang, Maria. Isabel Fierro, and Sabine Schmidtke (Leiden, Brill; Boston, Brill 2013); Muḥammad Abu Laila, “Introduction to the Life and Work of Ibn Ḥazm,” Islamic Quarterly 29, no. 2 (1985): 75-100; Muḥammad Abū Zahrah, Ibn Ḥazm, hayātuhu wa ‘aṣruhu – ārā’uhu wa fiqhuhu (Cairo: Dār al-Fikr al-Arabī, 1997).  Much of the scholarly literature on Ibn Ḥazm focuses on his work on Islamic law and not those on theology and prophecy.  For instance, Abu Zahrah’s famous book on Ibn Ḥazm does not event have a section on the scholar’s views of prophecy and that women could be prophets.

[3] For more on this work and the discussion over the correct name of the text see Ghulam Haider Aasi, “Muslim Understanding of Other Religions? An analytical Study of Ibn Ḥazm’s Kitāb al-Faṣl fī al-milal wa al-aḥwāʾ wa al-niḥal.” (PhD diss., Temple University, 1989).  I am inclined to Aasi’s opinion that the correct name of the work should be Kitāb al-Faṣl instead of Kitāb al-Fiṣal as the former indicates criterion and distinguishing while the latter refers to a compilation of texts.  In the work, Ibn Ḥazm is attempting to distinguish between various groups and sects. However, most Ibn Ḥazm scholars read the title as al-Fiṣal.

[5] Z. Ibrahim translates this section as: “The issue is prophethood and not messengership. It is therefore necessary to seek the truth by looking at the meaning of the term ‘nubuwwah’ in the language with which God has addressed us. And we have found that it is derived from inbā’ and i‘lām (informing). Therefore, any person whom God informs about what is to happen before it does, or to whom He reveals information regarding anything, is, without a doubt, a prophet”; M. Zakyi Ibrahim, “Ibn Ḥazm’s Theory of Prophecy of Women: Literalism, Logic, and Perfection,” Intellectual Discourse 23, no. 1 (2015): 95.

[7] Z. Ibrahim translate this passage as “God’s choosing of a man or a woman and teaching them what they have not learnt through an angel, or through some kind of power put in their souls, which is beyond the power of creatures, and supported by miracles”;  Ibrahim, 81.