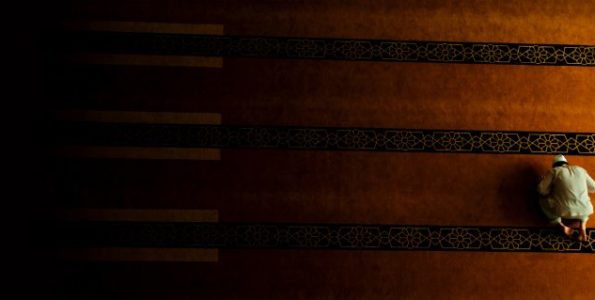 We are living amid crises. The deterioration of the metaphysical universe under modernity and the current denigration of biological life at a planetary scale forces us to rethink who we are as human beings. The current viroid crisis shakes the monotony of everyday life and disrupts the naturalized assumptions we take for granted. As the global event unfolds, perhaps it is an opportune moment for those who are anxiously waiting in the comfort of their homes to reevaluate the conceptual world so that we can continue to live ethically in this world and the hereafter.

One way of reimagining the metaphysical universe is to begin with oneself. That is, gaining access to one’s inner sanctum, also known as self-knowledge. All the great sages, Zarathustra Siddhartha, Socrates, and Muhammad, tell us that knowing oneself is akin to understanding the universal Truth. But what does it mean to practice an ancient art in a modern age? Equally important is how to learn, experience, and teach an ancient technique of self-knowledge in a market-driven techno-scientific culture of the twenty-first century. The omnipresence of self-help gurus and motivational speakers further makes the task of self-knowledge a difficult one. Yet knowing oneself is profoundly crucial in this day and age, characterized by extreme inner dissatisfaction.

“The present, the absolute now, free from the push and pull of the relapsing and anticipating times, is absent from our consciousness. To be in the present would mean to be entirely at a standstill, to be fully aware, the absolute presence of being.”

I often hear people complaining about the fast-paced nature of modern life. Chasing dreams, striving after higher standards, and aspiring for a bright future puts us into a perpetual state of becoming. The incessant pursuits exhaust us. We come out of the deep emotional ocean of the past only to enter into the future’s anticipatory world. The present, the absolute now, free from the push and pull of the relapsing and anticipating times, is absent from our consciousness. To be in the present would mean to be entirely at a standstill, to be fully aware, the absolute presence of being. That is what is being asked by the practitioners of self-knowledge.

In this essay, I draw on the Sufi-philosophical framework to explore the practice of self-knowledge. For Sufis, knowing oneself means apprehending a lived experience of one’s being. Before we get into a meditative exercise, allow me to deconstruct the category of religion, which according to scholars, has circumscribed our understanding of the human experience of divinity (Smith 1991; Asad 1993). The term ‘religion’ does not do justice to the idea of reflecting on ‘contemplative experience.’ The reification of religion as an analytical construct stops us from viewing the inner experience of oneself and others precisely because of the inherent logical nature of the category of religion. Self-knowledge is experiential knowledge. It demands a complete suspension of all logical categories, including that of religion.

One must also bring Islam as a theoretically constructed category under erasure. According to recent studies, modern Islam undermines rich and diverse historical complexities of Muslim experiences and objectifies Islam as a law prescribing authority (Ahmed 2015; Devji 2013). There are variations within Muslim practices and thoughts that are difficult to neatly categorize in a predefined analytical notion of modern Islam.

Allow me to clarify two fundamental notions: the idea of the ‘self’ and ‘experience.’ In Sufi self-imagination, the self has an outward aspect and an inner dimension. Such an understanding of the person means experience itself has two dimensions: one that is sensory and the other intuitive. The sensory experience is easy to gauge, whereas inner experience can only be ‘tasted’ (dhawq). In Sufi discourse, inner experience is a dhawq, usually translated as taste, a direct experience. Dhawq is given precedence over other physiological senses. Both experiences of hiss (sensory perception) and dhawq are mutually co-constructed.

The vital question is how to translate dhawq into critical pedagogy. According to Plotinus, “For the Soul contained an unquiet faculty, always desirous of translating elsewhere what it saw in the Authentic Realm, and it could not bear to retain within itself all the dense fullness of its possession.” (Plotinus, Enneads: 1992: 227). As an anthropology professor who teaches courses such as research methods in social sciences, I often ask myself if it is possible to impart an experience of interiority in university students, especially when the students’ imagination is in the grip of market forces.

Reflecting on a question from curious students, “How do we go inside a self?” I realized that the question of ‘how’ often leads the conversation to an end. Because rarely among students do we see a willingness to dive into an inner self. Why would they want to go inward, into an unknown, when an external world offers dreams and aspirations? The glitter of the modern world keeps us busy with what we see and hear. We do not even have an understanding that we need to take care of an inner self. But the simple answer is, “close your eyes, and you are in.” Often they find this conversation somewhat amusing.

However, it was not amusing in the pre-modern world, where people did imagine themselves to have both an inward and an outward self. And the pedagogy of interiority was the central feature of teaching and learning. This changed radically with the advent of modern scientific rationality. Grounded in empiricism, modern rationality has robbed the so-called learned classes of one of the most important human discoveries: the depth of interiority. As a result, the modern self has become shallow and vacuous. He is empty from within, having no inner force to uplift imagination to the highest moral standards. He is superficial from outside, living only to care for the body on the surface. The relationship of a modern self to his self is merely skin deep.

“Close your eyes, and you are in” is just a first yet crucial step in practicing a ‘pedagogy of interiority.’ Interiority demands suspension of sight, the hegemonic mode of knowing. Throughout the centuries, Sufis have mastered the techniques of ascending inside a self. Classical Sufi texts all emphasize the benefits of exploring an inner recess of being through a contemplative exercise of zikr (remembrance). The Greeks knew quite well the benefits of recollection or anamnesis. They knew how to cultivate a self, both inwardly and outwardly, a practice conceived in a term called ‘paeidia,’ which translated as a holistic self-cultivation aimed at becoming a perfect being or disclosing God-like ethos in one’s existence. The Greek ‘paeidia’ begins not from a data collection of other cultures and people but also from knowing oneself. “I must first know myself,” are the words Socrates uttered in Phaedrus. This same maxim, gnothi seauton (know thy self), is inscribed in the forecourt of the Temple of Apollo at Delphi.

Interiority demands laborious spiritual exercise. It requires cultivation through hard labor within oneself. Imagine yourself as a sculptor. With a hammer in one hand and a chisel in another, you self-sculpt by a repetitive and continuous chiseling of mental images. These mental conceptions of self, other, world, socially constructed and internalized over the years, become hardened as rocks in memory, and hence cannot be broken easily. But a passionate person chisels the frozen rocks within oneself one by one with conviction and patience. She clears an existential surface to lay a ground upon which a heart feels assured of Truth and certainty.

The process of deconstruction, however, is painful. It hurts deeply when people erase their cherished ideals, symbols, and signs, ingrained as second nature. A true master who has ventured into an inner self can help a disciple ease the deconstruction process. To find the right teacher in these times is not just difficult but almost impossible, given the fact we are living in an age of avarice, where money supersedes a genuine master-disciple relationship. Nonetheless, the possibility of opening an interiority within a self always exists despite the nature of time and space.

But how far does one drill within oneself before experiencing a pre-reflective/non-representational being? A pre-Socratic Greek sage, Heraclitus, thinks the soul is infinite. “Traveling on every path, you will not find the boundaries of the soul by going — so deep is its measure.” The answer to the questions lies not so much in a scientific measurement represented in a statistical category. It rests in genuinely practicing the art of inner purification. Tazkiya-e-nafs or internal cleansing is a spiritual struggle that takes place by oneself.

Although a person can practice self-knowledge anytime, the best time is the middle of the night between 2:00 AM and 4:00 AM or before sunrise. Sufi masters encourage meditation when the darkness of night peaks, and the world around falls asleep while the rhythms of everyday life come to a standstill. In the Quran, too, in Chapter 73 – Muzzamil, God instructs the Prophet Muhammad to rise at night (qiyam ul-layl). The best time to pray is the last third of the night.

O thou folded In garments !

Stand (to prayer) by night, But not all night,—

Half of it,— Or a little less,

Or a little more ; And recite the Qur-ān In slow, measured rhythmic tones.

Soon shall We send down To thee a weighty Message.

Truly the rising by night Is most potent for governing (The soul), and most suitable For (framing) the Word (Of Prayer and Praise).

True, there is for thee By day prolonged occupation With ordinary duties :

But keep in remembrance The name of thy Lord And devote thyself To Him whole-heartedly.

“Sufi masters encourage meditation when the darkness of night peaks and the world around falls asleep while everyday life’s rhythms come to a suspension.”

Believed to be one of the first chapters descended upon the Prophet Muhammad’s heart, instructing the messenger to pray at night, Surah Muzzamil became a perfect verse for Muslims to deepen a relationship with the divine. It commands Prophet Muhammad and an extension the practicing Muslims to stand to prayer by night. Standing by the night and especially in the last hours before the dawn breaks becomes the most burdensome exercise one could undertake in search of finding the true self. A Sufi perceives the early morning hours when God descends on Earth and hence comes closer to His creature. It is thus the best time to be closer to oneself and God. Sacrificing the cherished sleep and hours for the sake of Beloved signifies one’s love for the Other.

The metaphysical journey into the Unknown shape oneself in the world. How one behaves and perceives depends on his/her relationship with interiority buried inside a self. Hence it is imperative to remember who we are within and know who we are on the outside. If outside, we ascribe ourselves to specific identities of ethnicity, gender, and religion, then deep down in interiority, we will discover ourselves to be a non-identitarian. If outside is agonizing and tormenting, then inside offers peace and bliss.