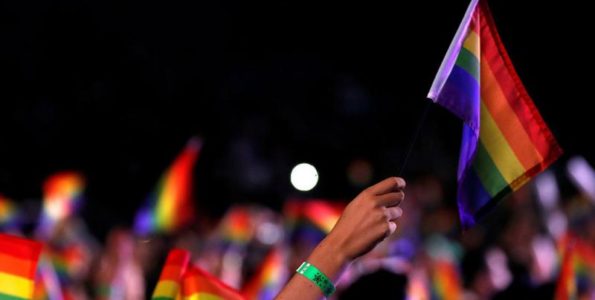 Bureaucratization of religion and the Bosnian case

Bureaucratization of religion is defined as “the process in which the state centralizes religious authority within its own institutions; religious leaders therefore become bureaucrats.”[1] In Muslim-majority countries, this usually means that the state controls religious discourse and sets the parameters for an “official Islam.” In  Morocco, for instance, this official Islam is presented as Sunni, Maliki, Ash’ari, and Sufi. Similarly, many other Muslim-majority countries have produced their own orthodoxies and have set boundaries on the acceptable version of Islam.

The ICBH is a good example of a bureaucratic Islam, albeit with an important caveat. While most of the bureaucratized Islamic communities in Muslim-majority countries are controlled by the state, the Islamic Community of Bosnia and Herzegovina is an outlier; it is a non-governmental, self-regulated, self-funded institution. This unique positioning of the ICBH allows it to be free from state interference, while also according the institution a high degree of legitimacy among Muslims in the country. The ICBH emerged in the wake of the 1878 Berlin Congress, following the Ottoman retreat from the Balkans and the resulting occupation of Bosnia by the Austro-Hungarian Empire.[2] Since then, the ICBH has survived two occupations, an empire, a kingdom, a dictatorship, and communist party rule, finally finding its place in a post-communist, liberal democratic order. Today, it manages Islamic religious affairs in the country, a jurisdiction which includes mosque administration, religious endowments (waqf), Islamic education, and other related matters. Through it all, the institution maintained a high level of homogeneity and an even higher level of legitimacy among the followers of Islam in Bosnia and Herzegovina.

The Council of the Muftis and the Parade

“In its most recent meeting, on August 15, 2019, the Council instructed all Imams to read the Friday prayer sermon (khutbah) in which these three points were repeated.[4]“

When the gay pride parade in Sarajevo was announced and scheduled for September 8, the ICBH reiterated its own Council of the Muftis’ statement, originally issued on December 16, 2015.[3] The Council of the Muftis is headed by the Grand Mufti, His Excellency Husein Kavazović, who is also Reis ul-Ulema (the Head) of the ICBH. In this statement, the Council affirmed the traditional view that marriage in Islam is between a man and a woman, explained that homosexuality is considered a sin, and underscored that violence against any human being who follows his or her own personal conviction and orientation is not permissible. In its most recent meeting, on August 15, 2019, the Council instructed all Imams to read the Friday prayer sermon (khutbah) in which these three points were repeated.[4] The sermon instructed Muslims to not take part in the gay pride parade. In other words, the ICBH did what a religious community is best called to do: use the power of persuasion to deliver its message.

Some regional media, most notably in Croatia – a majority Catholic country – tried to malign the ICBH by accusing it of inciting violence toward the LGBTI community[5], an argument which was contradicted by the Council of the Muftis’ statement. The same media portrayed the Catholic Church as tolerant of the LGBTI community. It is notable that almost every gay pride parade in Croatia, and there have been eighteen since 2002, was marred by violence against the LGBTI community. Likewise, in the neighboring Serbia, the parade members are often attacked and some of the parades have been canceled in the past due to threats of violence. The Catholic Weekly of Bosnia and Herzegovina eventually published an essay which stated: gay pride parade is a shame for Sarajevo, but it would be even a greater shame if violence was committed against the parade participants.[6]

“Some regional media, most notably in Croatia – a majority Catholic country – tried to malign the ICBH by accusing it of inciting violence toward the LGBTI community[5], an argument which was contradicted by the Council of the Muftis’ statement. The same media portrayed the Catholic Church as tolerant of the LGBTI community.”

In the lead-up to the parade, a number of Bosnian politicians and NGOs entered the fray. Likewise, several diplomats – most notably from the US and the UK – lent their support for the parade. A group of conservative Sarajevans, mostly Muslims, walked the streets the day before the parade, in support of traditional family values. As for the gay pride parade, the Bosnian police provided a high level of security, cordoning off the streets, and checking infrastructure for possible bomb threats. In the end, the parade was held without any incident. Several Western and EU embassies in Bosnia issued a joint statement congratulating “citizens of BiH on successfully holding Bosnia and Herzegovina’s first Pride March.”[7]

This case proves the strength of Bosnian bureaucratic Islam and its advantages. Freed from state interference, the ICBH acts as a moral agent in the Bosnian society, using the persuasive capital, but lacking the coercive power of the state. As such, it has a relatively high legitimacy among its own population. Individual members of the ICBH, which is a vast majority of Muslims in Bosnia and Herzegovina, can choose to follow or disregard the ICBH official stance based on their conscience. By disallowing any type of violence against the LGBTI community, the Council of the Muftis affirmed its support for democratic values. It also delegitimized violence against LGBTI persons and acted preventively against the possibility of such an outcome. The ICBH case further underscores the importance of non-state centered fatwa-issuing. Such fatwas are more likely to be deemed credible, even if individual believers may disagree with their content.

“This case proves the strength of Bosnian bureaucratic Islam and its advantages. Freed from state interference, the ICBH acts as a moral agent in the Bosnian society, using the persuasive capital, but lacking the coercive power of the state. “

In a context in which some local politicians and NGOs issued statements that were intolerant toward the LGBTI community, where the diplomats interfered in local politics, and where the regional media tried to portray Bosnia and Herzegovina and its capital as hotbeds of Islamic fundamentalism, the ICBH maintained its dignity and instructed its followers to be civil toward those with whom they disagree on lifestyle issues and choices. Lack of an even a minor incident during the parade highlights the ICBH’s credibility among the Muslim population of Bosnia and Herzegovina. This points to a possibility where religion can be bureaucratized without being delegitimized. Religious bureaucracy is at its best when it is self-regulated and free from state interference. As such, the ICBH provides a powerful antidote to the current wave of state-led co-optation and bureaucratization of Islam in Europe.

Ermin Sinanović (Twitter @SinanovicErmin) is executive director of the Center for Islam in the Contemporary World at Shenandoah University (www.contemporaryislam.org).

[5] The original headline stated that the ICBH was inciting [violence?] against gays. After the outcry, the headline was changed to read, “The Islamic Community on gay pride in Sarajevo: “It’s a cardinal sin,” https://www.index.hr/vijesti/clanak/islamska-zajednica-o-gay-prideu-u-sarajevu-to-je-teski-grijeh/2114363.aspx.