The following is a series of influential American Muslim musicians starting from the early 20th-century jazz era to celebrity pop artists active today. The selected artists have publicly claimed their Muslim faith. Several of the featured artists are active members of the Muslim communities. The artists featured here have drawn on Middle Eastern and African cultures such as Yusuf Lateef who composed for North African reeded instruments or Lynn Hope whose compositions are inspired by Arabesque musical modes and scales. Many contemporary artists such as Narcy are active artists within their diasporas and their works are an iconic representation of a generation of western raised Muslim musicians and artists. Needless to say, the list is non-exhaustive and we hope to create a genre-specific list in the coming months. Please feel free to send an email to publish@themaydan.com with your suggestions. 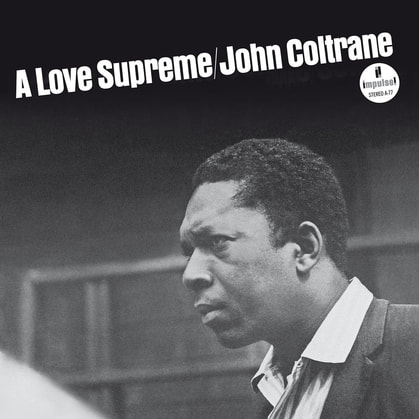 An Ahmadiyya Muslim and Trumpet player in the Willy Hayes Band in Chicago, Dawud's Muslim faith would influence other prominent jazz musicians of the era such as Yusef Lateef, saxophonist for John Coltrane. The Muslim influence in the Jazz scene would make its way onto jazz masterpieces such as Coltrane's 'A Love Supreme'. 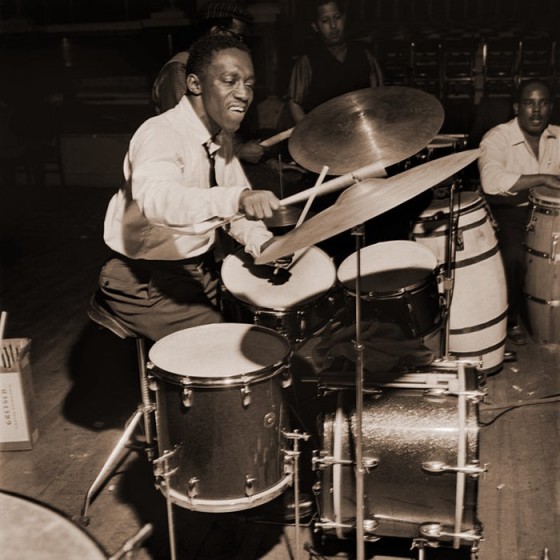 In 1948, Blakey traveled to West Africa in order to better understand polyrhythmic drumming, an element in his big band music that would be signature to his compositions. While in Africa, Blakey discovered Islam and later converted. After his return from West Africa and inspired by his new understanding of polyrhythm as well as religion, he formed his famous 17-piece big band, the Jazz Messengers. Blakey dedicated his life and career to helping young, aspiring artists achieve their full potential. 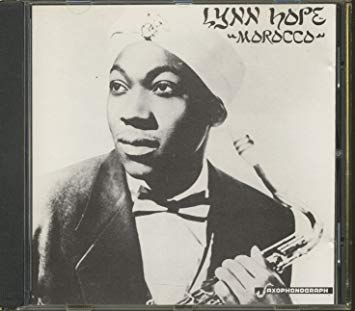 During a trip to Mecca, Lynn Hope saw Muslims of all ethnicities and backgrounds treating each other as equals. Hope was fed up with racism in America and moved his family to the Middle East shortly after converting to Islam. Hope's inspiration from Morocco was evident through his use of arabesque motives in his compositions. Hope often dressed in north African garb such as turbans during his performances. Like many other prominent musicians of the era, Lynn Hope was dedicated to his community and was heavily involved with the Philadelphia Muslim community in the '60s. Hope eventually retired from the show biz to focus on his faith and community. 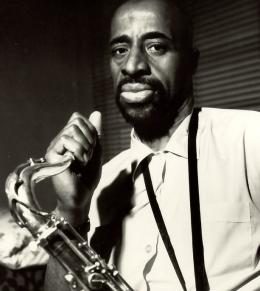 'He disdained the term 'jazz,' and saw his own art guided by physical, mental and spiritual realms — as well as his devout Muslim faith'. Lateef connected his spiritual energies as well as faith with his music. He used an array of reed instruments originating from the Indian subcontinent, the Middle East, and North Africa. Lateef is considered a pioneer of 'world music' due to his use of foreign instruments in American jazz compositions.

Afrika Bambaata's cultural awareness group, Zulu Nation, works with disadvantaged youth and draws on the teachings of Nation of Islam to sway youth away from street crimes. Bambaata's music was positive and composed for young forming dance culture. Bambaata's influences in his performance draw on African history and culture as evident in his performances where he dons Ancient Egyptian hats and tunics. 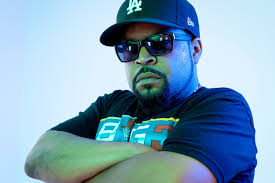 'I mean, what I call myself is a natural Muslim, 'cause it's just me and God.' 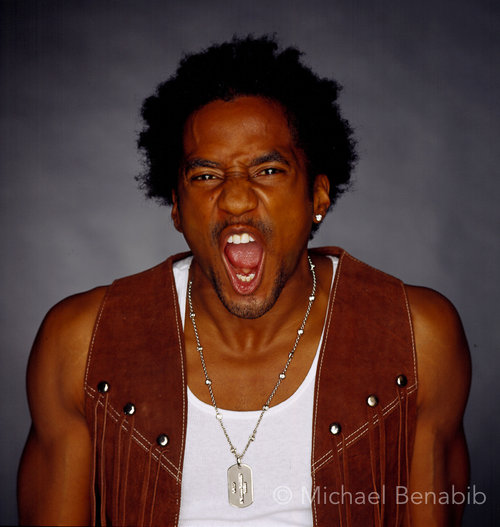 'I read the Koran and it appealed to me. At the time I was agnostic and it really breathed spiritually back into me ... For me it's really a cushion, it's cool, I'm cool with it.' 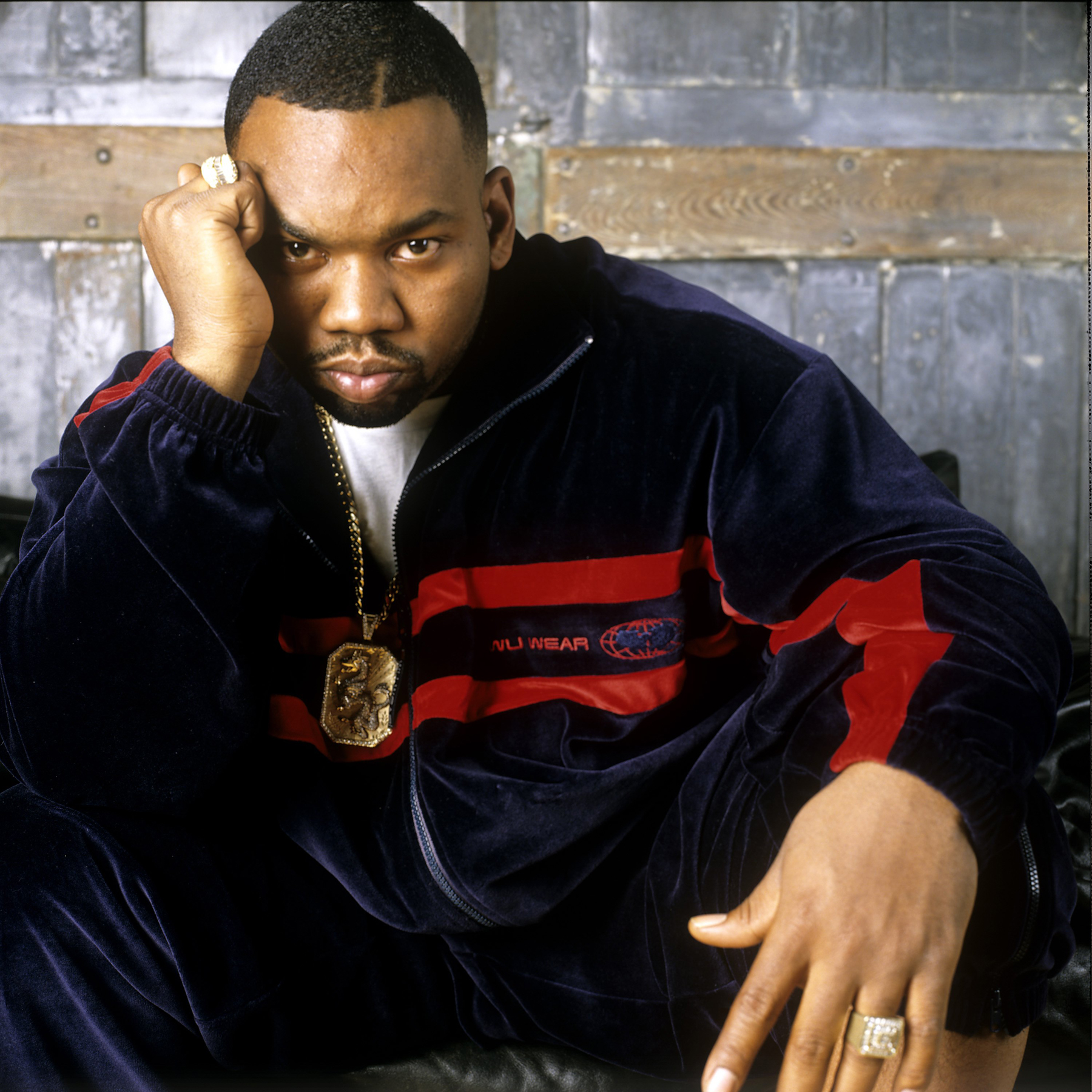 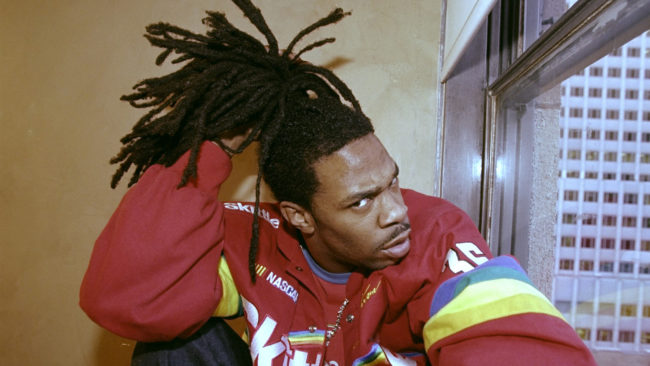 'I live my life by Islam ...At the end of the day, I think that's pretty much what grounds me in the way that I think most people should be grounded. That's just enjoying who you are as a human life, as opposed to trying to add all these other additive and preservatives to your perspective on life.' 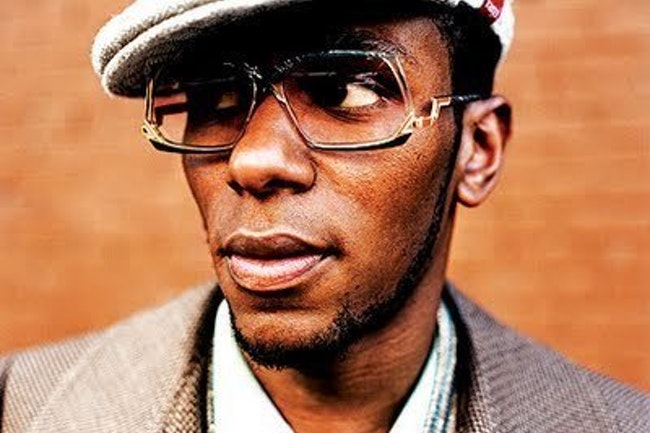 The world famous rapper Mos Def found Islam early on in his career after having a lengthy amount of time in Africa. He now goes exclusively by Yasiin Bay, although he has stated that his fans may only refer to him as Mos Def. Bey claims to have used the name Yasiin privately among friends and family since 1999, and the revelation that he was a Muslim or would pick a Muslim name was not a particularly new one. Although he is largely not performing anymore, he is still very active in the rap community as well as the Muslim community. Bey is very active in supporting humanitarian and economic development projects throughout Africa. 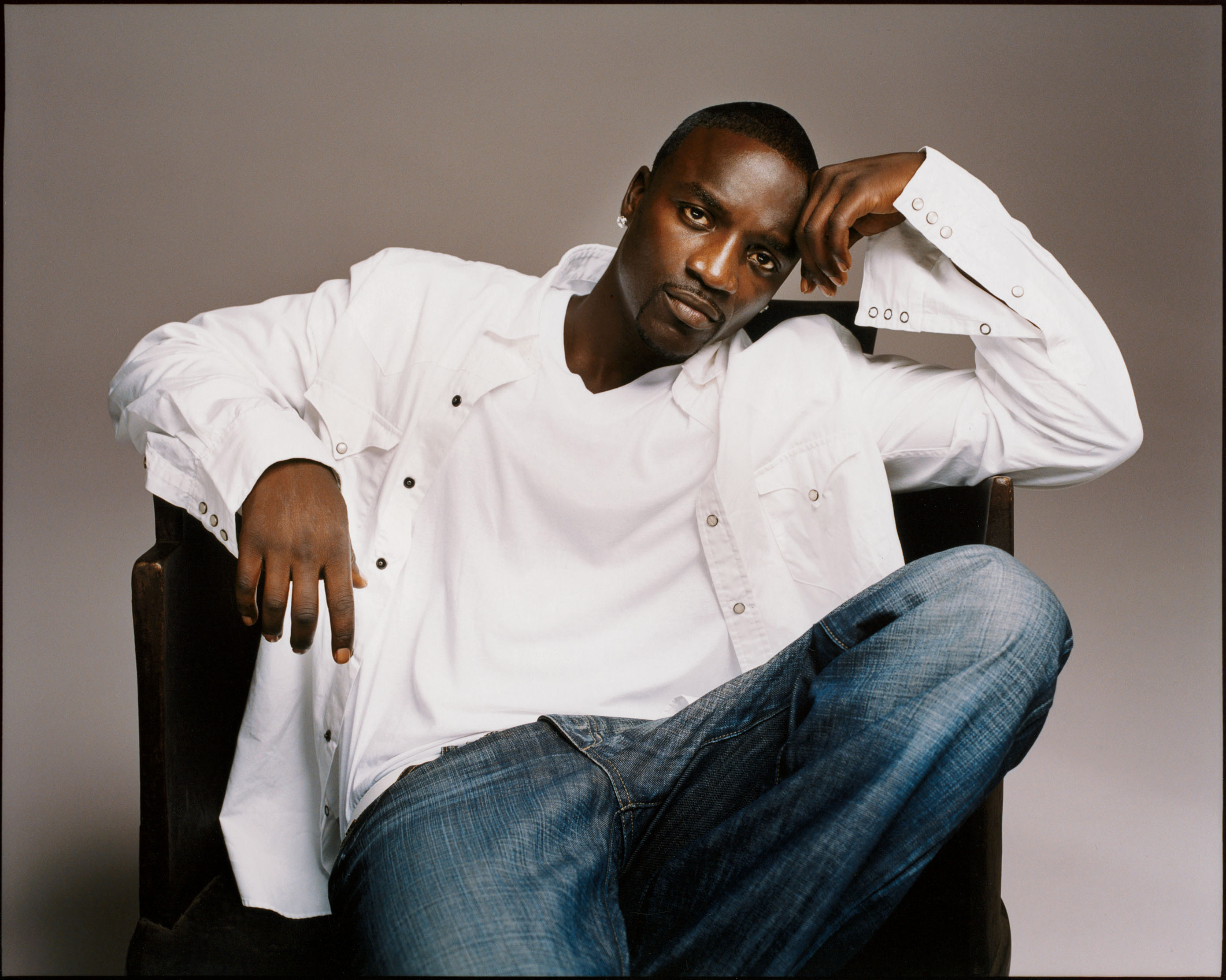 'I was born a Muslim and depending on what part of Senegal you came from, music was considered haram and there has always been a debate about Islam and music. I never looked at the performing aspect of the music itself but on the intention.' Whereas a lot of the artists featured here converted to Islam later on in life, Akon has dealt with the challenge of coming from a Muslim background and making it in the music industry. Widely successful now, Akon stands as a testament to Muslim musicians making it big despite their societal boundaries. 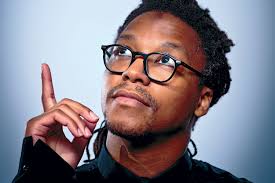 'I try not to do that with anybody, any capacity. My fellow Muslims, non-Muslims, Christians whomever' Although Fiasco is largely private about his faith, he references his Muslim identity through various interviews. Like many other artists on this publication, Fiasco is guided spiritually by his religion and its influence makes various cameos in his music such as in 'Kick, Push' which describes the struggles of life people face.

At a time when the Muslim community is coming under attack, SZA's candid pride in being a black Muslim woman is important. SZA talks about growing up Muslim and her decisions on when and why she stopped wearing hijab in the linked interview from VICE news. 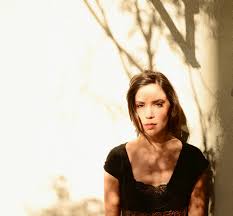 'I am a singer-songwriter, who happens to be a New Yorker, an Egyptian, Italian, American, a feminist, and yes, a Muslim' Omnia is an up and coming artist. Although still small, she is making appearances in independent movies and is collaborating with other Muslim artists from various mediums. Keep an eye out for her music. 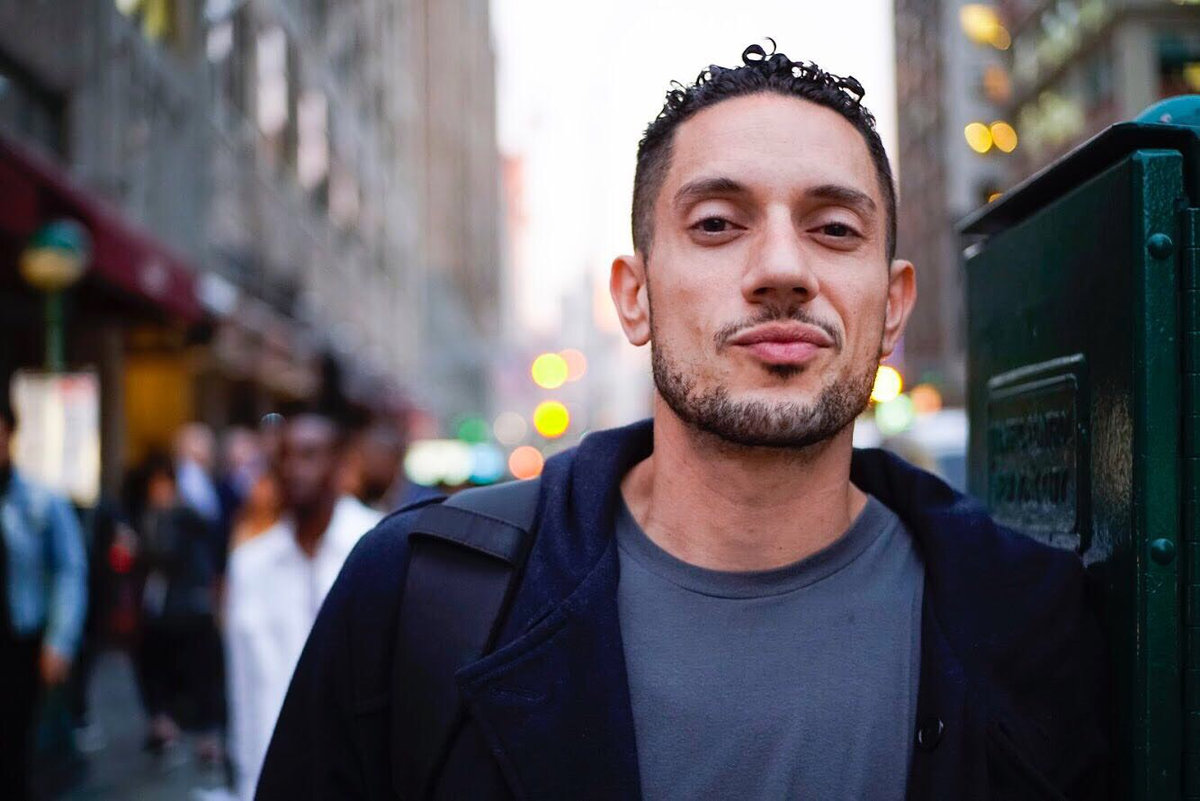 'While I do identify as Syrian and as Arab and as Muslim and all these things, I also very much identify as an American. Check out Destiny by Offendum' Omar is highly active in the Syrian American community and often talks and presentations to university students on the power of Hip-Hop in social and political justice. 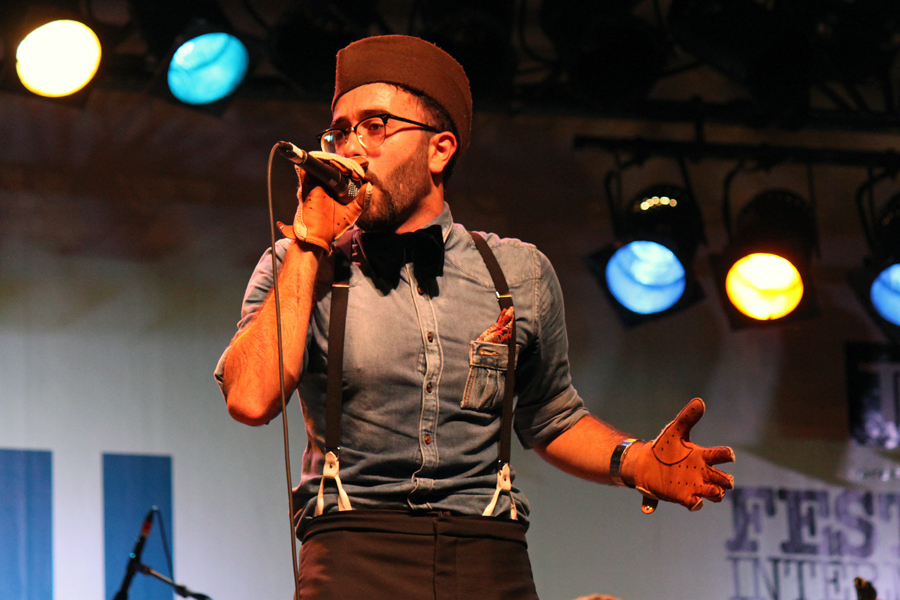 My goal behind my music is to just open up a platform for Arabs, or people of diaspora, people who are a part of this new generation of homelessness, if you will, they don't belong to just one place in the world. Yassin, which is what he formally introduces himself as now, teaches a hip-hop course at Concordia University in Montreal, Canada. He runs an artist collective called 'We are the Medium' which is comprised of an array of multi-media artists, writers, and filmmakers. 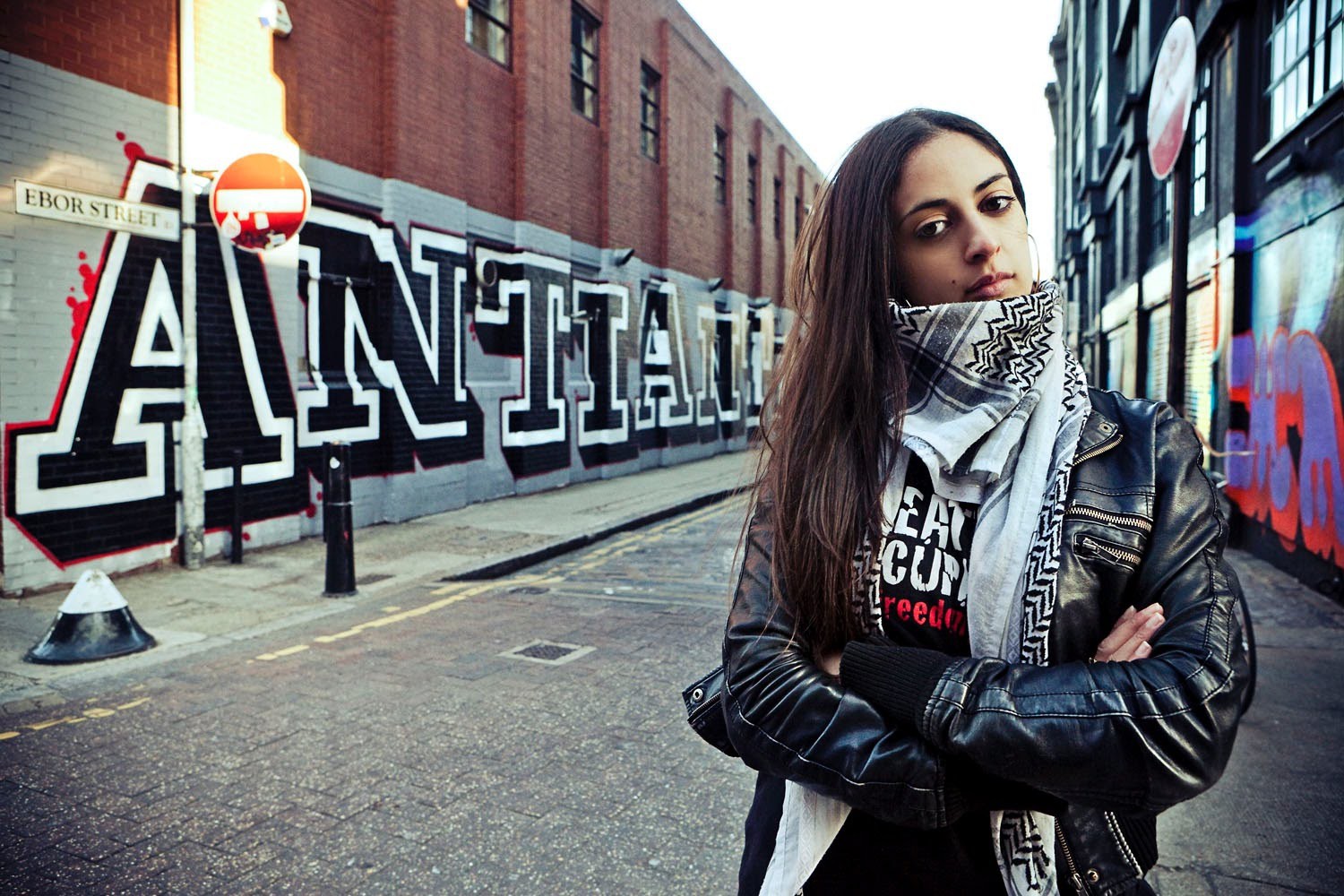 'I see Arab hip-hop as the elected representative of the people, with me as its First Lady.'