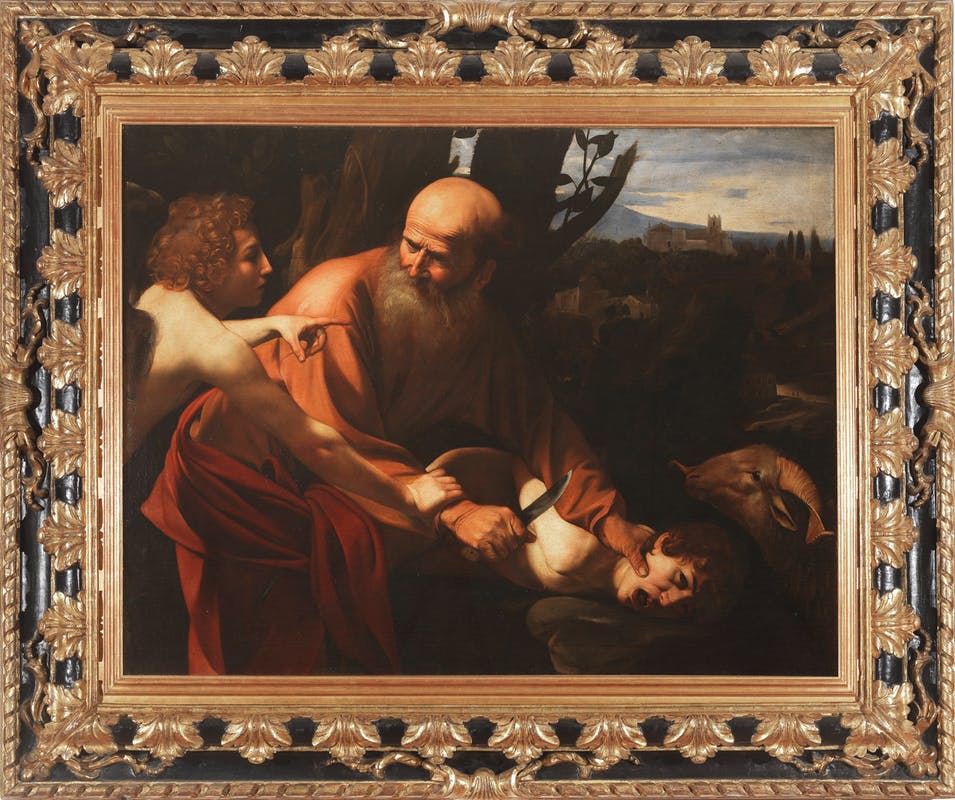 The story of the intended sacrifice is an integral part of Judaism, Christianity, and Islam, or the “Abrahamic faiths.”[1] For Jews, the story lays the basis for “an exclusive covenantal relationship with God.”[2]  Abraham’s intended sacrifice was Isaac and he would bear the progeny of the Children of Israel.  God formed an eternal covenant with the community favoring them over all of humanity. In Christianity, Isaac plays an important role in the “prefiguration of Jesus as Christ.”[3]  Just as Isaac atones for the sins of the Children of Israel, the sacrifice of Jesus atones for the sins of all mankind. While Isaac’s sacrifice is part of the covenant between God and the Children of Israel, Jesus’s sacrifice represents the beginning of a new covenant.  In the Islamic tradition, the intended sacrifice plays a lesser role with neither Ishmael nor Isaac playing a dominant role in Muslim scriptures.  Nevertheless, an historical narrative evolved in which Ishmael was considered the intended sacrifice and that through him a unique relationship developed between God and the Arab Muslims.[4] Because of the importance of the story, it is no surprise that artists throughout time have depicted the sacrifice story in variety of ways.  In this short post, I will comment on how two contemporaneous artists – one in Italy and the other in Iran – demonstrate a deep understanding of their respective scriptures and how their portrayals both overlap and differ.

“In this short post, I will comment on how two contemporaneous artists – one in Italy and the other in Iran – demonstrate a deep understanding of their respective scriptures and how their portrayals both overlap and differ.”

“The Sacrifice of Isaac” by Caravaggio is among the most famous paintings of the sacrifice and is remarkable in its ability to capture both the beauty and terror of the story. Abraham is about to sacrifice Isaac but an angel dramatically stops Abraham by grabbing his hand and pointing to the substitute ram. There is a stark age difference between Abraham and Isaac. Abraham is bald and his beard is white; it is evident that the patriarch will soon pass away leaving his progeny behind him. Isaac is a young child who is coerced into the act of obedience. His face is full of terror as he looks up to the sacrificial knife, unaware that an Angel has come to save him. In the Bible, Abraham never tells Isaac of his intention to sacrifice him.  In one profound scene, Isaac asks his father “The fire and wood are here, but where is the lamb for the burnt offering?” Abraham ominously replies, “God himself will provide the lamb for the burnt offering, my son.” The background of the painting is calm and the building in the distance appears to be a church, representing the future Catholic Church.  In this way, Isaac is a pre-figuration of the sacrifice of Christ. Moreover, the figures are Europeanized in their white skin and physical features. The painting nicely captures the Biblical story in Genesis 22 in which the obedient Abraham carries out God’s order within the larger context of the story of the Children of Israel.

“Islamic Art is generally thought to be aniconist meaning that it shies away from physical depictions, especially that of prophets and close companions of Muhammad.  Nonetheless, some depictions of prophets do exist, with some veiled while others showing facial features. “

Islamic Art is generally thought to be aniconist meaning that it shies away from physical depictions, especially that of prophets and close companions of Muhammad.  Nonetheless, some depictions of prophets do exist, with some veiled while others showing facial features. In the National Library of Berlin, an illuminated manuscript is housed of Ibn Ishaq Nishapuri’s Stories of the Prophets (Qisas al-anbiya’) which illustrates several prophet stories including the sacrifice of Abraham.

“In the Qur’anic story, both Abraham/Ibrahim and Ishmael/Isma’il submit to the divine will (aslamā) making them both participants in the sacrificial act.”

In the Qur’anic story, both Abraham/Ibrahim and Ishmael/Isma’il submit to the divine will (aslamā) making them both participants in the sacrificial act. The artist(s) has crafted the scene as a peaceful one, with flowers decorating the landscapes and a stream flowing next to the prophet.  The context resembles the Qur’anic paradise, repeatedly noted for having gardens and flowing rivers – perhaps a subtle reminder of the final destination for those who submit their wills to God. The figures seem to be wearing contemporary dress appropriate for Shiraz under Safavids. The painting thus aptly portrays the Qur’anic story which emphasizes the submission of both Abraham/Ibrahim and his son within the larger context of the belief and goodness of the prophets.

These two representations show a strong insight into their textual traditions, yet both artists have added elements of drama and emotion. In both, Abraham is asked what he will do for God— a question asked repeatedly asked of prophets in both the Bible and the Qur’an. In Genesis, God asks Abraham to sacrifice Isaac as part of covenant with the Children of Israel, while in the Qur’an Ibrahim and his son demonstrate their faith through their submission to God.  The differences and similarities allow for valuable insights into the various religious traditions and speak to the enduring legacies of their stories.

[1] For a discussion of the term “Abrahamic” see the introduction of Jon D. Levenson’s Inheriting Abraham: The Legacy of the Patriarch in Judaism, Christianity, and Islam (Princeton: Princeton University Press, 2012).

[4] For more on the debate over the meaning of the intended sacrifice within the “Abrahamic faiths” see Levenson.