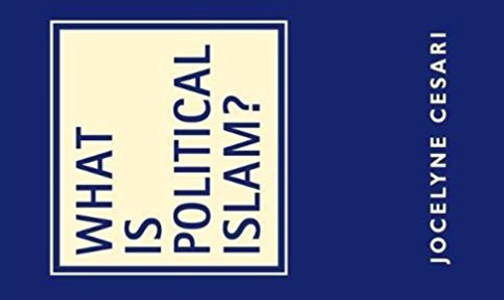 The discontentment generated by Islamic parties in various countries in the aftermath of the Iranian revolution in 1979 and their failure in the more recent Arab Spring revolution in Egypt in 2013 has led to predictions of the decline of political Islam. Close observers of these events such as Olivier Roy (1998) and Asef Bayat (2013) have gone on to declare that we are witnessing “the failure of political Islam,” or we live in a “post-Islamist” era, with a decreasing relevance of political Islam. For Jocelyne Cesari though, political Islam as a “set of multiform and contradictory political identities” continues to remain foundational in the relationship of the state with religion as well as with its citizens (191). To understand its content and context of emergence, the book sets out on a structural and historical analysis of political Islam.

The title of Cesari’s work What is political Islam? is timely. Cesari sees political Islam as religious nationalism which has “materialized due to the cultural and political specificities of the nation-state built on the collapse of the Ottoman Empire” (2). According to Cesari, the inclusion of the Middle East in the Westphalian order in the nineteenth century was novel because “until then, concepts of territory and statehood were not central to the definition of Muslim polities, as they were for European states” (16). Islam was (and continues to be) used to construct nations within states that were carved out from the territories of the fallen Ottoman Empire.

For Cesari, the project of building a “state-nation” should not be attributed solely to the Western forces, since that undermines the agency of the local populations in the Muslim world in creating the political culture (5). To complicate this rhetoric centered around the agency of the colonizers, Cesari mentions the contributions of Muslim reformists, like Egyptian Rifa’a al-Tahtawi or Muhammad Abduh, to the debate on the relation between state and religion. To Cesari, political Islam is in no way a fixed identity; it continues to be adapted to new social and political challenges.

How does one observe the manifestation of political Islam? Cesari responds by saying that political Islam as found both nationally and globally takes four main forms – “coercive, hegemonic, civil, and transnational or global” – each of which becomes a theme for the main chapters of the book (7).

Cesari uses the Foucauldian concept of governmentality to study political Islam as a mode of power for governing and disciplining the citizens. Religion, as Cesari indicates, was used to consolidate the state not only during the process of nation-state formation in the post-colonial period, but was also actively used and manipulated by the colonial powers. Cesari describes this process of state-control over religion through the changes that took place in the fields of law and education under and after colonial rule in countries with significant Muslim population. For example, she describes the emergence of “Anglo-Muhammadan law” under British rule in India that combined the core of British law with a “codified and frozen” sharia (Islamic law) in order to be able to govern both public and private behavior of its subjects (42).

“For Cesari, political Islam has also emerged as a hegemonic form of religious nationalism through homogenization of religion. This homogenization was carried out by ‘grafting of Islam onto state institutions’ to produce hegemonic Islam (65)”

For Cesari, political Islam has also emerged as a hegemonic form of religious nationalism through homogenization of religion. This homogenization was carried out by “grafting of Islam onto state institutions” to produce hegemonic Islam (65). For example, in recent years, Turkey has undertaken a state-engineering of Islam through the Diyanet (Directorate of Religious Affairs). One of the consequences has been the production of a nation-centered Islamic history in which Turkey is at the very center. This state-generated narrative of religion blurs “intra- and interreligious diversity” and is, hence, not representative of the diverse ethnic or linguistic populations who see themselves as Muslims (72).

Could the appearance of political Islam as a hegemonic form of nationalism be explained by some element integral to Islam as a religion? For Cesari, the answer is no. In both Senegal and Indonesia, civil Islam as a practice exists without being hegemonic. In Indonesia, the state gives religious freedom to all religions that it formally recognizes (116). Senegal, on the other hand, decided to abolish sharia courts in the post-independence era and declare the state as secular. The Senegalese interpretation of secularism does not “limit the public expression of religion” and recognizes the right of religious communities to provide education, “so long as they maintain law and order” (121).

“Could the appearance of political Islam as a hegemonic form of nationalism be explained by some element integral to Islam as a religion? For Cesari, the answer is no.”

As far as transnational and global political Islam is concerned, Cesari gives the examples of terrorist networks. One could think that the contemporary rise of terrorism networks like al-Qaeda and ISIS cannot be understood through the lens of the politicized and nationalized Islam, given their international scope. Yet, Cesari argues, these networks continue to have a territorialized vision of Islam and their popularity must be seen as the “globalization of the national forms of Islam” (161). Instead of promoting an imagination confined by state-boundaries, these networks idealize a homogeneous global community of Muslims – the ummah.

After a socio-scientific study of religion-state relations, one wonders if there is a prescription for the kind of relation religion(s) and state should have. Instead of the separation of religion and state, Cesari believes that a greater independence of religion from the state leads to a higher probability of generating a more inclusive and pluralist civil society (200). In Cesari’s conception, the separation is different from the proposed independence of religion from state since separation assumes the state to define and possibly control the boundaries between itself and the religion while independence does not require any such state-defined separation. As she shows, the secular model of separation in Turkey has led to the absorption of religion into the state apparatus to gain more control over the population. In the case of Senegalese secularism, that seems to allow more pluralism, it is possible to observe the predominance of the idea of the independence of religious institutions rather than state control of the religion. One deduces here that the state’s neutrality towards religion could potentially lead to more pluralism.

The work is broad in scope given the spread of the regions that are under consideration. Yet, it falls short of indicating why is it that some countries have seen a rise of hegemonic political Islam, while some exhibit a peaceful co-existence of Islam and state? Why is it that some countries adopted a structure that allowed religion to be more independent from the state?

“One of the lasting contributions of this work, however, will be its sociological perspective in understanding the relations between Islam and state.”

One of the lasting contributions of this work, however, will be its sociological perspective in understanding the relations between Islam and state. The work places political Islam as an evolving outcome of the social and political changes that took place in the nineteenth and twentieth century in regions that were previously colonized. This structuralist perspective is different from the agentic theories that link extremism and radicalization associated with political Islam to individual will. It challenges the view that Islam is a religion of political extremism, a view that has increasingly gained grounds in the Western political narrative. While overall an admirable contribution to the field, there remains ample space for further exploration of this topic. For example, can the theory of political Islam – the historical politicization and homogenization of Islam for state-interests – be applied to other religions? One can think of the rising Hindu nationalism in India or the Buddhist nationalism in Myanmar as potential parallels to political Islam, hence contesting the theory of exceptionalism of Islam.