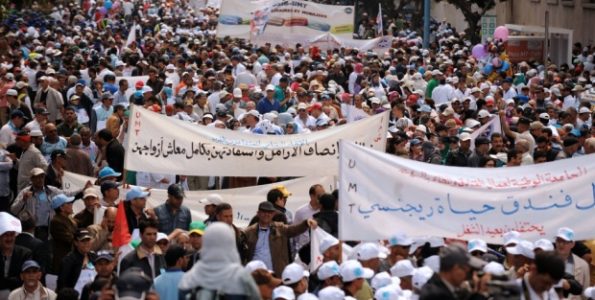 Selecting ten books that might be considered “essential readings” in English on a traditionally Arabophone or Francophone country is by necessity an arbitrary exercise. Beyond the question of language, “essential” in what field and for what general purpose?  Is it even possible to qualify one specific work as “a must” in isolation from its extensive, multi-linguistic pedigree of intellectual production?  What I am proposing here then, is a list of essential readings, for a particular purpose, and by scholars interested in Morocco’s distincttransition to a modern polity and society. I selected books that together highlight a paradox in contemporary Morocco: the great and persistent overlap of ideas and interests between the French colonial project and the traditional power structure known as the Makhzan. It is fitting that in social science research on Morocco, regardless of language, interpretive works by hisotrians and anthropologists occupy a privileged epistemological status.  From studies of macro agrarian and urban systems to examinations of micro religious and social interactions, the works below tell stories of people, institutions, cultures, and spaces trapped in the sordid colonial-Makhzan nexus. Envisioned as a set of intersecting topics across fields and disparate epochs, the books converge nonetheless on a commitment to unpack and scrutinize connections to the colonial era that still affect daily lives today.

Although this seminal work is about the entire Maghreb, Laroui’s treatment of Morocco merits special attention.  In Morocco, Laroui’s study of pre-colonial social formations – along with Abdelkebir Khatibi’s treatment of language and culture or Muhammad Abid Al-Jabiri’s examination of faith, reason, and ideology – was the first to problematize the application of Western conceptual categories to explain Morocco’s political and historical trajectory. Contrary to French ethnography and historiography, Laroui argues that the Makhzanwas not simply a despotic authority.  Drawing on previously unexplored sources, Laroui shows that theMakhzan functioned as a multi-layered structure of power with semi-autonomous actors who could at moments seal a Sultan’s destiny and weigh in on dynastic succession. The colonial modernization of the army and administration augmented the Sultan’s powers and reduced the impetus to compromise.

From a quite a different angle but equally revealing for our purpose, Robin Bidwell’s book examines the conquest strategy of Marshal Lyautey, Morocco’s first and legendary résident-général (1912-1925). The book clearly says more about French colonial designs in Morocco than about the Makhzan. In fact, Bidwell reproduces uncritically the same colonial categories and clichés about Moroccan society. Still, the book documents meticulously Lyautey’s imperial policies, personnel profile, and institutions of managing people, territory, and development – strikingly similar to those that inform the Monarchy’s today.  The conservativeMakhzan, like Lyautey’s imperial administration, owes its endurance to a balanced dose of force, surveillance, pacification, technocracy, and elites’ cooptation.

Edmund Burke III, The Ethnographic State: France and the Invention of a Moroccan Islam (Berkeley: University of California Press, 2014)

Perhaps the most pertinent book in this topical list on Morocco is Edmund Burke III’s The Ethnographic State.  An astute historian of pre-colonial and colonial Morocco, Burke takes aim at the very foundation of monarchical legitimacy: the notion of a distinct and coherent Moroccan Islam. Drawing on an extensive corpus of Moroccan colonial archives, Burke connects the French ethnographers’ fixation with inventing a “Moroccan Islam” to French domestic preoccupations with religion as much as to a justification for colonial conquest. But this invention proved resilient in postcolonial Morocco as it reinvogoriated the Makhzan’s religious claims and continued to dominate Moroccan political discourse.

Also interrogating the notion of a “Moroccan Islam,” dominant in Amercian anthropology since Clifford Geertz’Islam Observed (1968), Henry Munson takes aim at the Makhzan’s religious legitimacy myth across centuries.  An anthropologist, Munson “ventures” successfuly into historians’ territory armed with textual evidence and critical reading of oral traditions. Munson goes over a series of complex conflicts and tensions in Moroccan history to conclude (with King Hassan’s rule) that fear and violence has progressively replaced sacred religious status as the sources of dynastic continuity.

John Waterbury’s study of the relationship between the monarchy and Morocco’s elites is the most important work on contemporary Moroccan politics. The relevance of the book almost a half-century after its first publication, speaks to its great theoretical insight and predictive power.  Waterbury describes and analyzes an enthralling social world of intimate, volatile, anxious, and profit-seeking family, political, tribal, and professional networks. More often than not, the political elites, whose norms and behavior Waterbury studies, reveal connections that fermented during the colonial era in colonial institutions.

Although this is an edited volume, its different parts and chapters read like a single coherent thesis on the monarchy’s early “hostile takeover” of the most profitable sectors of the Moroccan economy.  During the last few years, a number of books have scrutinized what some call the “makhzanization” of economic activity and its linkages to the former colony (most recently, for example, Omar Brousky, La République de sa Majesté: France-Maroc liaisons dangereuses, 2017). But the takeover began much earlier and the rationale goes beyond wealth accumulation.  The Political Economy of Morocco traces the genesis of the “economic Makhzan” as well as its political underpinnings.

Beyond religious claims, elites-focused politics, and a closed economy, the imprint of the French colonial vision and its enthusiastic application by the modern monarchy spans several social sectors. One of the most remarkable legacies of colonial rule in Morocco is the folly of investing in grandiose capital-intensive farming at the expense of the traditional agrarian sector that provided food and employment to a great majority of Moroccans. In this book, Swearingen documents and anticipates the disastrous social fallouts the colonial-Makhzan agrarian scheme would have on Moroccan economy and people.

With similar concerns, urban sociologist Janet Abu-Lughod and separately anthropologist Kenneth Brown investigate in these books the connection between French urban planning and social segregation in Moroccan cities. Lughod argues that colonial urban policies established social and spatial cleavages along class and ethnic lines that future Moroccan planners adopted.  The continuing trend resulted in housing shortages, unaffordable housing, shantytowns, and social exclusion. Brown examines how key aspects of Salé’s urban space, demographics, cultural life, and family networks were transformed by the colonial encounter. He notes that the transformations of the city maily benefited the great families who moved to the European quarters for better schools and social status.

David A. McMurray, In and Out of Morocco: Smuggling and Migration in a Frontier Boomtown(Minneapolis: University of Minnesota Press, 2001)

Morocco’s extensive connectivity to France and Europe in general provides a political safety valve for theMakhzan and a social opportunity for young Moroccans abandoned by their native country. This theoretically sophisticated and ethnographically rich book examines how the daily lives of Moroccans on Europe’s frontiers are affected by rapidly changing consumption habits, smuggling products, and the hope of leaving their homeland one day.