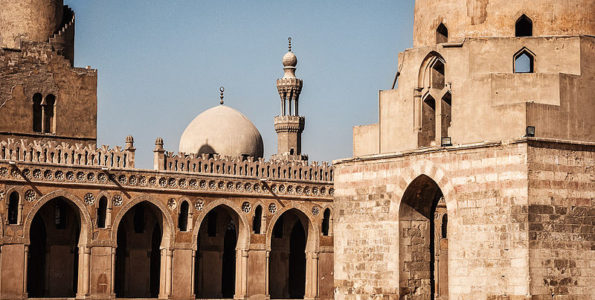 The relationship between societies and their laws is complex. Legal doctrines do not develop in a vacuum – they emerge in particular historical circumstances and appeal to particular social constituencies for a range of different reasons. The fortunes of the doctrines’ adherents, in turn, have a decisive influence on the trajectory of legal discourse and scholarship. The case of ninth-century Egypt shows that the history of law is not peripheral to or divorced from the “real history” of sociopolitical processes. Rather, legal discourses and debates went to the very heart of Egyptians’ perceptions of themselves and others and were central to their understanding of what it meant to be Arab, or Muslim, or Egyptian. As a consequence, legal doctrines and developments not only reflected but profoundly shaped the evolution of Egyptian society and culture.

“The case of ninth-century Egypt shows that the history of law is not peripheral to or divorced from the “real history” of sociopolitical processes.”

At the end of the eighth century of the Common Era, Egypt was a semi-autonomous province of the Abbasid empire dominated by an exclusive class of Arab notables who followed the Maliki school of Islamic law. The members of this elite traced their lineages back to the Muslim Arabs who had conquered Egypt in the 640s, barely a decade after the Prophet Muhammad’s death. This genealogical distinction was enshrined in a written register and marked by an annual pension, and the social hierarchy that it created was further bolstered by the special position that the elite saw itself as occupying in the perpetuation of authentic Islamic normative values. These were based on the practice of Muhammad, which Malikis saw as embodied in the continuous, faithfully transmitted tradition of the Muslim community after him.

However, Egyptian Malikism faced a growing challenge from a second school of law: the Hanafi school. Its Iraqi origins as well as its unrivaled theoretical sophistication had made Hanafism the dominant doctrine of the Abbasid court in Baghdad, and the overwhelming majority of the educated and mobile officials dispatched to serve in the provinces were Hanafis. These foreign appointees, particularly when serving as judges, did occasionally attempt to influence legal practice in Egypt in the direction of Hanafi doctrines. However, in the early decades of Abbasid rule in Egypt the delicate balance of power between the Hanafi-favoring imperial center and the staunchly Maliki provincial elite meant that Hanafism did not initially succeed in gaining a permanent foothold in Egyptian society.

Emergence and Entrenchment of Shafi‘ism in Egypt

Against these two established legal schools, the doctrine of Shafi‘ism, developed by Muhammad b. Idris al-Shafi‘i (d. 820), who ended his peripatetic life in Egypt, held the position of a decided underdog. Shafi‘ism was based on an uncompromising scripturalism that posed a fundamental challenge to the Maliki notion of normativity rooted in a communal tradition. For al-Shafi‘i, the relationship between the believer and divine revelation was not one of an individual to the community of which he or she is part, but rather a relationship between an interpreter and a closed canon of sources consisting of the Qur’an and Hadith, or reports regarding the actions and statements of the Prophet. Shafi‘ism thus proposed to de-localize Islamic law, a shift that could be experienced either as the uprooting of communally grown values or alternatively as the liberation of religious values from the straightjacket of local tradition.

“Shafi‘ism was based on an uncompromising scripturalism that posed a fundamental challenge to the Maliki notion of normativity rooted in a communal tradition.”

Given its radical novelty, al-Shafi‘i’s innovative theory of the law did not attract much of a following among the Egyptian Maliki elite, nor among the Iraqi Hanafis residing in Egypt. Instead, the majority of al-Shafi‘i’s early followers in Egypt were non-Arab “clients” (mawali), who had converted to Islam and been incorporated into the social and cultural network of an Arab tribe but whose status within the social hierarchy remained largely subordinate. As a consequence, the clients’ self-image was not as closely wedded to the Maliki notion of a continuous normative communal tradition, and they were more open to the merits of al-Shafi‘i’s textualist approach which, in effect, leveled the playing field between Arabs and non-Arabs.

The dramatic social and political shifts that led to the reversal of these three groups’ fortunes began with the decline in the power and influence of the Egyptian Maliki elite. Beginning in the mid-eighth century, the dominant status of the Arabs in Egyptian society was gradually eroded by several developments.

“Beginning in the mid-eighth century, the dominant status of the Arabs in Egyptian society was gradually eroded by several developments.”

The most notable of these were the increasing prominence of non-Arabs in positions of merit-based leadership in scholarship and public life; the dilution of the tribal loyalties of the early conqueror society by the emergence of competing economic interests; and the cumulative centralization pursued by the Abbasid imperial administration, which undermined the legal and administrative autonomy hitherto enjoyed by the local elite. The downfall of the old Arab aristocracy was sealed by the Abbasid civil war of 809–813. The civil strife that followed it in Egypt resulted in substantial loss of life among the elite and created a power vacuum that was subsequently filled by aggressively proselytizing Hanafi governors and judges who were no longer constrained by the pragmatic need to yield to the influence of the Malikis. The ensuing campaign of Hanafization reached its zenith in the ambitious and ruthless program of persecution of rival legal schools that was carried out in the 840s under the guise of the Quranic Inquisition (mihnat al-Qur’an), the infamous and eventually unsuccessful attempt by the Abbasid regime to settle by fiat the perennial theological debate over the createdness or otherwise of the Quran.

However, the growing weakness of the Abbasid central state in the middle of the ninth century emboldened Egypt’s Turkic governor, Ahmad b. Tulun (r. 868–884), to embark on the pursuit of financial, political, and military independence from the Abbasid state. Given the close alliance of the Hanafi establishment with the imperial administration, it is not surprising that a gap began to emerge between Ibn Tulun and the Hanafis.

“Given the close alliance of the Hanafi establishment with the imperial administration, it is not surprising that a gap began to emerge between Ibn Tulun and the Hanafis.”

On the other hand, Malikism, with its close links to the old Egyptian elite, must also have appeared unattractive for the independence project of the Tulunids. Against its two rivals, Shafi‘ism offered several advantages: it was allied with neither the imperial center nor the old Egyptian social order, and its textualism, which divorced law from particular local settings and located the fount of normativity in a disembodied corpus of canonical texts, fitted the needs of the essentially rootless Turkic newcomers. These sought not only political independence but also an independent basis of Islamic legitimacy, which was ideally provided by Shafi‘i doctrine. Accordingly, Ibn Tulun and his successors favored Shafi‘ism both in judicial appointments—naming the first Shafi‘i grand judge of Egypt in 897—and at the court, where members of the Tulunid household were encouraged to study and disseminate Shafi‘i law. By the end of the Tulunid reign in 905, Shafi‘ism was firmly entrenched as the dominant school among Egyptian intelligentsia, and traveling scholars had spread Shafi‘i doctrines from Egypt to all corners of the Muslim world.

“By the end of the Tulunid reign in 905, Shafi‘ism was firmly entrenched as the dominant school among Egyptian intelligentsia… “

In ninth-century Egypt, then, law, society, and politics were fundamentally intertwined. Legal affiliation was an inseparable aspect of self-definition. The Maliki identity, with its emphasis on continuity and tradition, was based on descent from the Arab conquerors of Egypt, while the theoretically sophisticated and expansionary Hanafism was linked to the intellectual and political dominance of the Iraqi Abbasids. The radical scripturalism of Shafi‘ism, on the other hand, transcended localism and thus attracted primarily non-Arab and cosmopolitan Muslims.

“…the historical trajectories of the legal schools were inextricably tied to the social and political fortunes of their adherents. A dramatic example of this connection is the terminal decline of Malikism in Egypt as the result of the downfall of the old Arab elite.”

In turn, the historical trajectories of the legal schools were inextricably tied to the social and political fortunes of their adherents. A dramatic example of this connection is the terminal decline of Malikism in Egypt as the result of the downfall of the old Arab elite. However, the doctrinal challenge caused by social dislocation and the disruption of traditional practices also played a significant role in undermining the foundations of Maliki doctrine. In a context of profound societal change, an organic communal tradition must have seemed an increasingly shaky basis for religious law compared with the apparent immutability of the sacred scriptures. The complex reasons for the shifts that took place in ninth-century Egypt thus serve both to illustrate the importance of analyzing social and cultural processes together, and to warn of the potential pitfalls of reductionist explanations that posit a simple and unidirectional causality between the two.