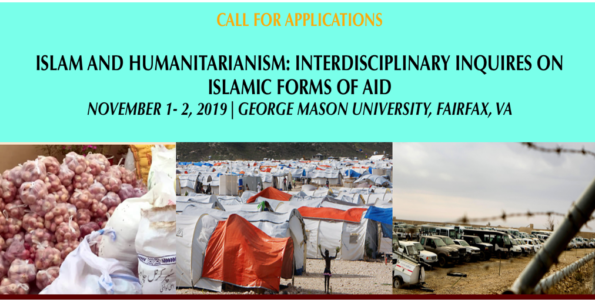 Islam and Humanitarianism: Interdisciplinary Inquiries on Islamic Forms of Aid

Humanitarianism has long been understood and approached as a secular endeavor that has roots in modern Western traditions of liberalism and cosmopolitanism. Efforts by various Muslim actors to provide aid have often been looked down upon as particularistic or even missionary undertakings with hidden political agendas that are completely caught up in local and regional geopolitical interests. Even in less condescending accounts, assistance by Muslim actors have been framed as merely localized charity or philanthropy targeting extreme poverty. In the last decade, the rapid growth of the influence of transnational and local Muslim actors who actively participate in the global humanitarian sector as a response to massive displacement and refugee crises in many parts of the world invites us to reconsider Islamic forms of aid as more than mere charity. In addition to the emergence of transnational organizations such as Islamic Relief as major global actors in humanitarian assistance, many local organizations led by Muslims have increasingly been making claims to being recognized as humanitarian actors who could care for and help all human beings regardless of faith, race, gender, or any other such consideration.

This conference proposes an interdisciplinary framework for unpacking the link between Islam and humanitarianism in ways that recognize both the significance of geopolitics, policy-making, and transnational partnerships and the lived experiences of giving and receiving help that are articulated in diverse contexts of suffering. It proposes a nuanced study of Islamic humanitarianism using an intersectional approach, i.e., the multifaceted ways in which categories such as state, race, nationalism, sectarianism, class, gender, space, and age shape the ways in which Islam interacts with humanitarianism.

It will bring together scholars from diverse disciplines of social sciences and humanities to discuss empirical, historical, and conceptual issues related to these matters and their potentially far-reaching implications. Putting into conversation rigorous research focusing on different parts of the globe, we plan to address following themes: